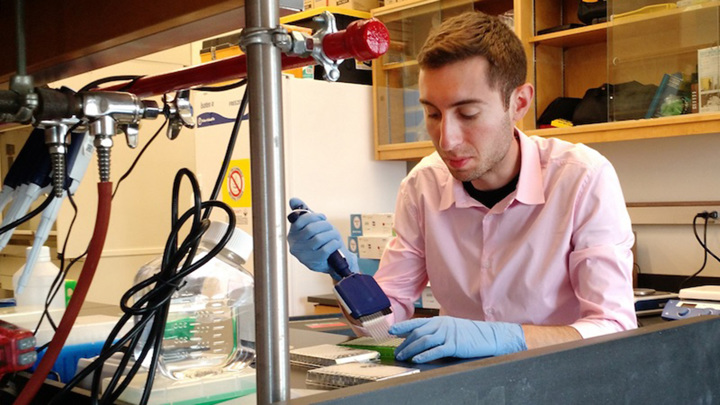 In people with severe COVID-19, the antiviral response of the nasopharyngeal mucosa is significantly reduced.

The body’s first encounter with SARS-CoV-2, the virus that causes COVID-19 disease, occurs in the nose and throat – that is, in the nasopharynx. New study, published in the journal Cell, suggests that the first response of the nasopharynx to the invasion of coronavirus infection helps determine who will develop severe illness and who will suffer mild illness or not notice it at all.

Based on published last year to identify cells sensitive to SARS-CoV-2, a team of employees at Boston Children’s Hospital, Massachusetts Institute of Technology and University of Mississippi Medical Center made up a picture of the defeat of the nasopharynx with SARS-CoV-2 infection.

“Many people [при заражении ковидом] only isolated symptoms from the upper respiratory tract are observed, and this suggests that viral pathology may be limited to the nasopharynx, – celebrate study authors. “Which cells SARS-CoV-2 attacks in the first place, and how the infection affects the epithelium of the respiratory tract, remains unclear.”

From April to September 2020, physicians took swabs from the nose in 35 adult patients diagnosed with COVID-19 with a different course of the disease – from moderate symptoms to severe damage to the body. For comparison, the researchers also took swabs from 17 control (healthy) participants in the experiment and from six patients who were on mechanical ventilation, but not in connection with COVID-19.

“From the very beginning [распространения SARS-CoV-2] mysterious was the fact why some people tolerate COVID-19 more easily, while others harder, says Jose Ordovas-Montanes (José Ordovás-Montañés) from Boston Children’s Hospital. “Many researchers looked for the answer in the individual properties of blood, but in fact, it is not necessary to look for predictors of the course of the disease in blood.”

To get a detailed picture of what is happening in the nasopharynx of patients with coronavirus, the researchers decoded the RNA of each cell obtained in smears. (To understand the scope of work, each swab from the patient produced an average of 562 cells.) The RNA data made it possible to determine exactly which of the cells of the nasopharynx contained the RNA fragments of the coronavirus (a sign of an invasion of infection) and which genes of the cells were turned on and off in response to the attack of the coronavirus.

It turned out that the epithelium of the mucous membrane of the nose and throat undergoes significant changes in the presence of SARS-CoV-2. The number of goblet cells has increased, which secrete a protective mucus that traps inhaled particles, including pathogens. At the same time, a striking loss of mature ciliary cells was observed – they account for more than half of all epithelial cells and with their cilia move the layer of mucus in the direction of the larynx, where it is ultimately swallowed.

The team found coronavirus RNA in a wide range of cell types, including immature ciliated and goblet cells. Infected cells had more genes involved in the response to infection than in uninfected ones.

The scientists made the main conclusion by comparing nasopharyngeal swabs from people with varying degrees of severity of COVID-19 disease.

In people with mild COVID-19 and moderate illness, epithelial cells showed increased activation of genes involved in antiviral responses, especially genes stimulated by type I interferon. That is, the cells very early declared an antiviral alarm, which rallied the body’s immune system as a whole.

In people with severe COVID-19, which required mechanical ventilation, the antiviral reaction of the nasopharyngeal epithelium was markedly weakened. In particular, their epithelial cells gave a muted response to interferon, although they contained a large amount of the RNA of the virus. At the same time, the number of immune cells in their smears was increased, which intensify inflammatory responses.

“Every person with severe COVID-19 had a delayed epithelial interferon response at an early stage and was unable to enhance their defense. [носоглотки] from the virus, – confirmed Ordovas-Montanes. “Having the right amount of interferon at the right time can be key in the fight against SARS-CoV-2 and other viruses.”

By the way, biologists and physicians from the University of Alabama substantiated in detail the advantages of developing a vaccine against COVID-19, administered as an aerosol in the nose, and not in the form of an injection into the arm. Their article about this was recently published by the magazine Science.

We previously reported that the coronavirus able to influence on the intelligence of those who have been ill, and also talked about which categories of Russians most susceptible the dangers of the delta strain. We also wrote that antibodies to coronavirus persist up to nine months.

More news from the world of science and medicine can be found in the sections “Science” and “Medicine“on the media platform”We look“.