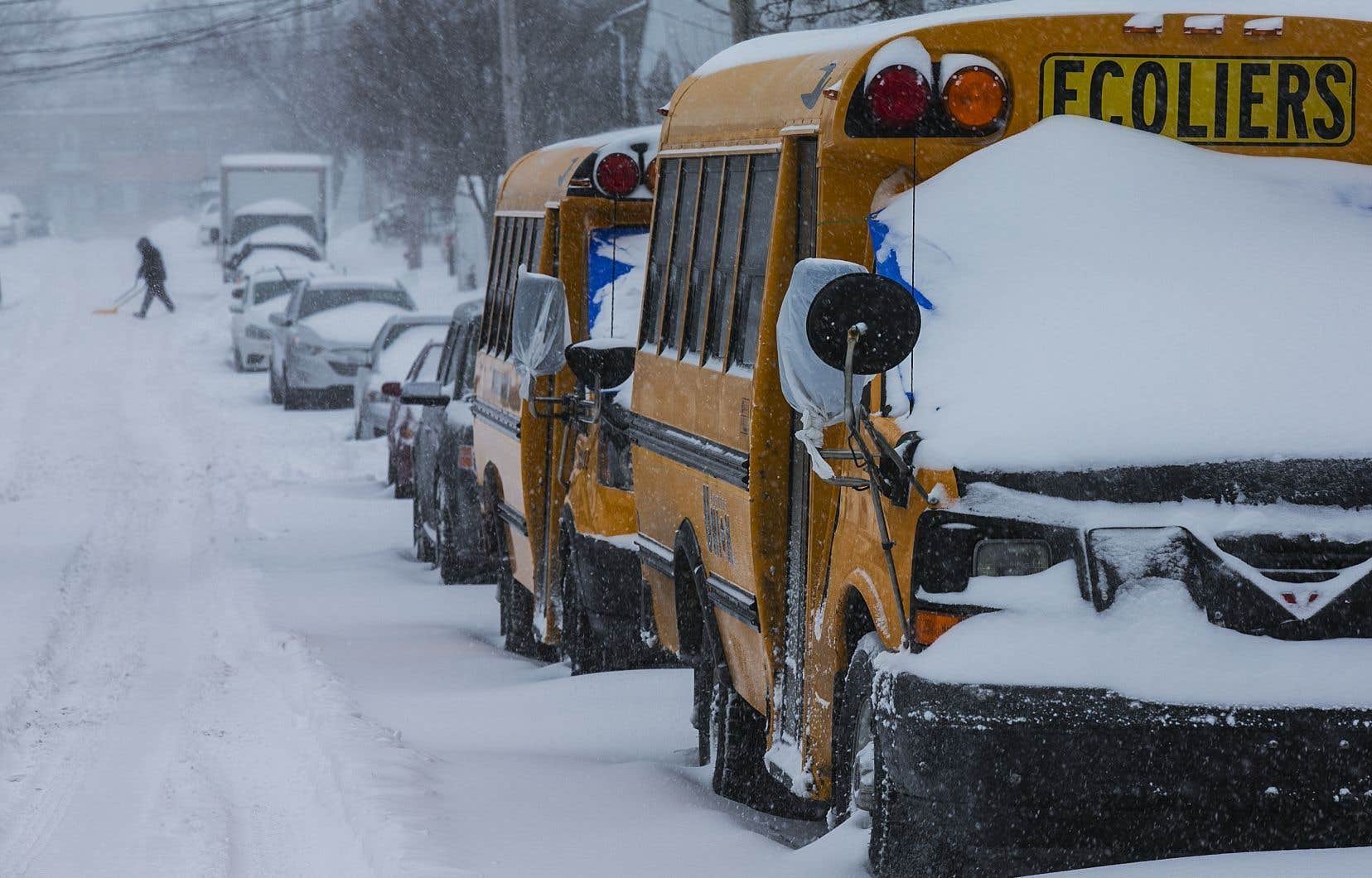 The “first big snowstorm” of the winter expected on Monday and which forecasts 15 to 30 centimeters of snow forces the closure of schools in the province, which disrupts the return to school which was planned after a start of classes in virtual.

The English Montreal School Board and the Lester-B.-Pearson School Board will also be closing their schools due to bad weather.

The Collège de Montréal will be closed and there will be no distance learning. However, classes will be held online at Collège Jean-Eudes. on Tuesday and Wednesday. The Collège Français in Longueuil, in primary and secondary schools, will also be closed, as will the Collège Boisbriand.

In Outaouais, classes will be held remotely at Collège Saint-Alexandre in Gatineau, Collège Saint-Joseph in Hull and Collège Nouvelle-Frontières.

According to a winter storm warning issued Sunday afternoon by Environment and Climate Change Canada, the storm will start strong early Monday. “Snow combined with strong northeasterly winds will reduce visibility to near zero in blowing snow over these regions,” it said. We warn that traffic on the roads and sidewalks will be complicated due to snow accumulation.

“Significant impacts” are thus expected on Monday rush hour travel in urban areas of the province, due to a rapid accumulation of snow.

“If people can avoid being on the roads when the snow and the winds are strongest, that would be a good idea,” insists Anna-Belle Filion, meteorologist for Environment Canada. CAA-Quebec also expects to receive a high number of towing requests on Monday, particularly in connection with getting stuck. “It is this type of service that is likely to be requested”, foresees the spokesperson, Andrée-Ann Déry.

Snow accumulations are expected in several regions of Quebec located along the St. Lawrence River, including Montérégie, Centre-du-Québec, Lanaudière, the Laurentians and Montreal.

Bad weather conditions will persist until the evening.

Brussels is no longer a lamb!