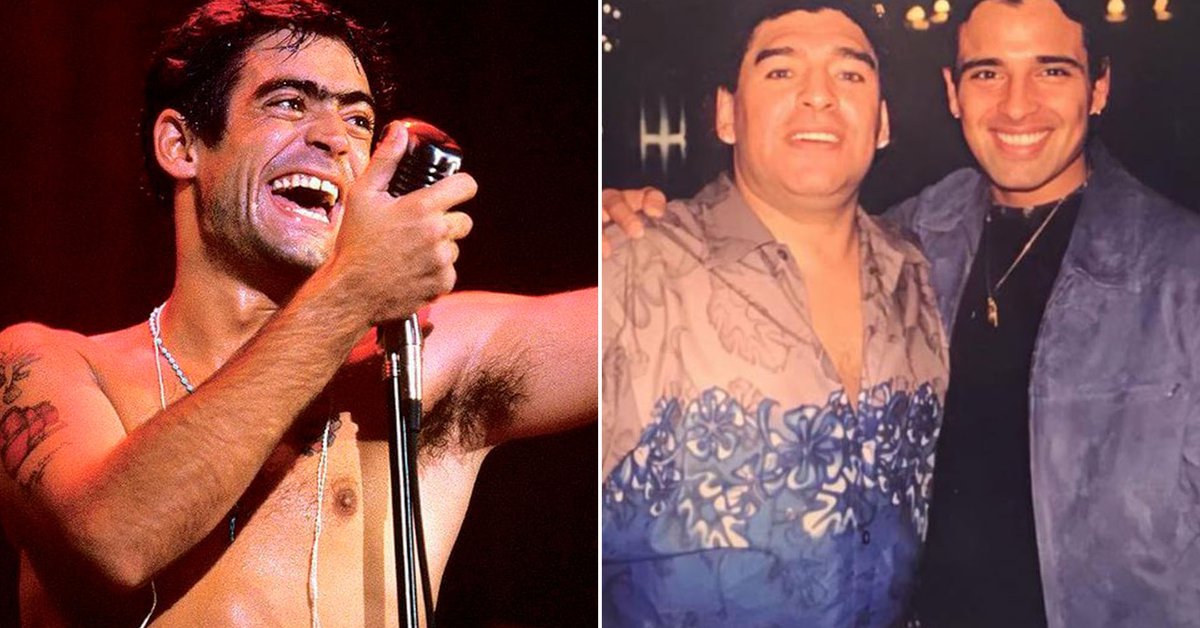 A minute’s silence, a T-shirt with the ten on the back, the captain’s ribbon, a tattoo with his signature … All the demonstrations of love for the man who took the Argentine National Team to the top and on the 25th of November passed into immortality as a symbol of popular culture. About the music, there are several songs that pay tribute to Diego Armando Maradona, There are even lists on Spotify dedicated exclusively to him. The Hand of God is probably the most representative theme of all.

It became known in 2000, when Rodrigo Good he sang it in person to Diego in an emotional visit to Cuba that was broadcast by the program Versus. It did not take long to become popular and become an anthem in honor of the Ten. The truth is that, unlike what most believe, the Potro He is not the author of the song, but his brother-in-law, Alejandro Romero.

Rodrigo sang La Mano de Dios to Diego for the first time in Cuba, in 2000 (Video: “Versus” – Telefe)

It was a few months before the ’90s ushered in a new century. Rodrigo, a star already consecrated at that time, I was starting a relationship with Alejandra Romero, to whom he listened carefully when he sang the odd bolero composed by his brother, Alejandro. Astute, one day he Potro He asked his brother-in-law, who dreamed of succeeding as a musician, to write him a song to add to his repertoire.

“I was two hours in front of an empty page, without inspiration. I was distressed because it was a time when opportunities were not plentiful and I even had the feeling of wanting to leave music. At one point, as in a kind of prayer, I said: ‘Please give me a hand with a song that Rodrigo likes … For my old woman, who supports me’. And I began to write nonsense words: ‘In a village he was born, it was God’s desire / To grow up and survive the humble expression / Face adversity …’ At one point I felt like a voice dictating to me: ‘In a pasture he forged a left-handed immortal’. I realized it had to do with Maradona. It was something that brought me down …“Alejandro told the producer Federico Bareiro.

Already with the letter written on a sheet -which he keeps to this day-, he went to Rodrigo’s house to show it to him. It was dawn and a few hours later the Potro he had to take a plane to Brazil. While he was preparing his things for the trip, he handed Alejandro the latest issue of the magazine People, what it included a note that had been made to him.

Alejandro glanced at the note and his heart skipped a beat when he read that his brother-in-law had declared that he had prepared a song dedicated to Maradona. He was faced with the opportunity of a lifetime, and fate led El Potro to choose just the same person to honor in what would be his new hit.

“I better sing my song to you when you get back.”

Alejandro expressed his unease to Rodrigo, incredulous at such a situation. But between the Potro and Alejandra, who was also there, managed to convince him. The young musician began to sing the first verses of the song and Rodrigo looked out surprised from the bathroom, while he continued preparing his things for the trip.

Rodrigo asked him about three times, until he finished realizing: I was facing a real success. The Potro He grabbed his head and exclaimed:

“You don’t know what you just did!” It’s your passport to not ask anyone for anything! I am the best of love, the best song I composed, and you are La Mano de Dios, it is your best song and you will not overcome it. They’re all going to sing it!

Diego Maradona sang The Hand of God in the first person

In dialogue with the El Doce de Córdoba channel, Alejandro said that Rodrigo improvised a title, La Mano de Dios, and on the side of the page, as can be seen in the image, wrote with INRI pen, the initials that would have been written on the cross on which Jesus Christ lay, by order of Pontius Pilate. And he revealed a detail that at that time went unnoticed, but that, in retrospect, takes on another value: “At one point Rodrigo pauses and tells me: ‘You screwed me up. This is going to be my last hit ‘”.

As for the lyrics, Rodrigo just made some small modifications to it. For example, the stanza that says “Fame presented him with a white woman / Of mysterious taste and forbidden pleasure / What made him addicted to wanting to use it again involving his life ”, originally the last sentence indicated“to the desire to love her again”.

“With his trade, Rodrigo told me that it was better to put ‘use it’: ‘Nobody loves drugs, one uses it sometimes … ‘”Alejandro explained.

The first times he sang the song, he read the lyrics and made some modifications to it

Another part was also modified: “He carries a cross on his shoulders for being the best / For never selling himself to power he faced / Curious weakness, if Jesus stumbled / Why shouldn’t he. ” The phrase “curious weakness” originally it was “human weakness”, but Rodrigo changed it to “Make the human disappear”.

The hymn authorized by Diego

In the best Maradona style, the Ten was moved when Rodrigo introduced him to the subject during a visit to Cuba in 2000 with Jimena Cyrulnik in Versus, the program that she led on Telefe. Shortly after, Alexander had the possibility of meeting the soccer star in person and was even able to sing his sacred theme to him.

In 2002 Dalma He celebrated his 15th birthday in nothing more and nothing less than in La Bombonera, but before that the family organized an intimate meeting in the emblematic department of Havana and Segurola, and Alejandro was invited to add music to the evening. The interpreter intoned some songs with his guitar, until Diego interrupted him.

Alejandro felt so much pressure as if he himself were playing a world final. “Imagine that it was all very emotional because I wasn’t going to sing it if he didn’t ask me to. So I closed my eyes and when I opened them Diego was there … I still have the photo in which he is sitting on the floor, at the time he asked me to sing his song, ”Alejandro revealed.

The musician says he knows the reasons that turned La Mano de Dios into an authentic hymn, a song among so many that have been dedicated to Maradona: “It begins with a lower key than, for us Argentines, has a special melancholy because it is part of our folklore: it is Buenos Aires. It has an imposing nostalgia. In the chorus the tonality gets bigger, which seems more hopeful, it has more energy. But one of the things that I rescue the most is that the song has only four or five notes, all very repetitive ”.

Diego’s work keeps him alive in each of the people who knew how to enjoy his art. Like Rodrigo. What better way to remember them than with the verses of the song that united them for eternity. They sowed joy in the people, they watered this soil with glory …

A tattoo, a stolen kiss and a pain that won’t go away: Alejandra Romero, Rodrigo’s last girlfriend, 19 years after his death

Maradona, the machine to inspire songs: the best songs that he wrote throughout his life

The search of Maradona’s doctor inside and his explanations after he was investigated for wrongful death: “They are looking for a culprit”