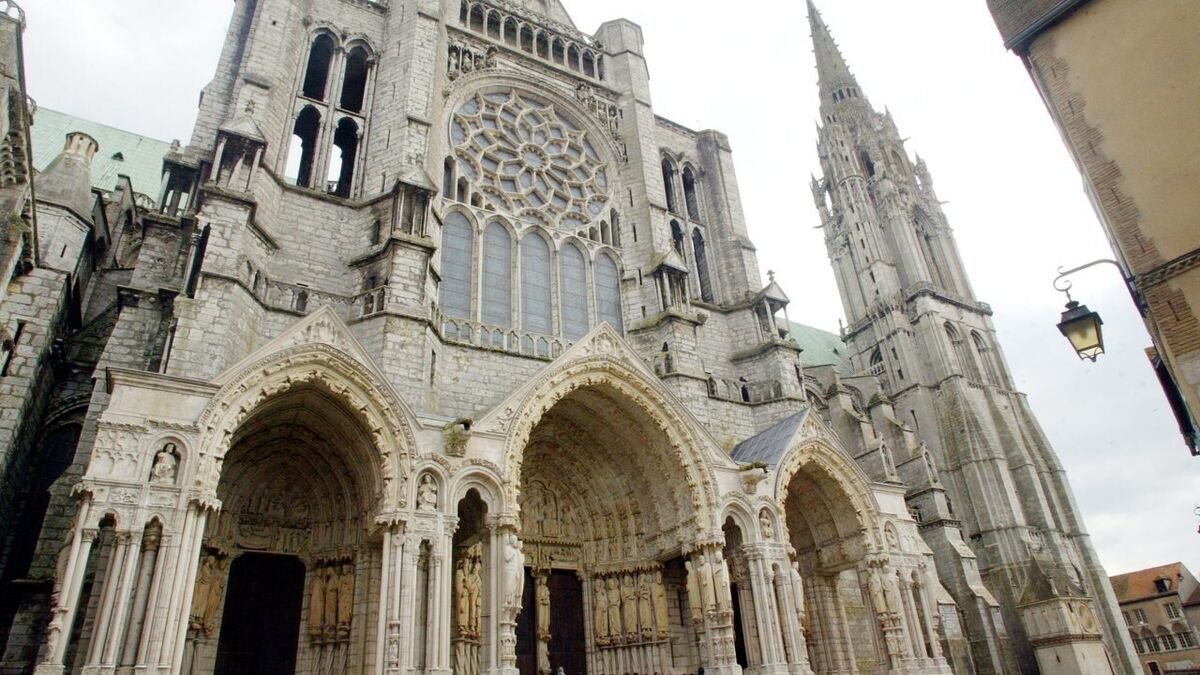 Despite the pandemic, a wet month of July and the health pass, the 2021 tourist season has held up rather well in the Loire Valley. It is particularly with the caves of Foulon in Châteaudun, the cathedral of Chartres (Eure-et-Loir) but also the castle of Sully-sur-Loire (Loiret).

“When it rains, people take shelter. When it’s hot, they’re cool, ”says Jérôme Philippot, owner of the Caves of Foulon, the first private tourist site of Eure-et-Loir in Châteaudun (Eure-et-Loir), when asked if the gloomy start of summer penalized him.

Here, as in the whole of the Loire Valley, the summer season has been rather satisfactory, “surprising” even, according to a professional. “Without the health pass at the end of July, we would undoubtedly have beaten our attendance record”, continues the manager of the mysterious underground passages of Châteaudun. In the bowels of the hillside overlooking the Loir in Châteaudun, the season was saved by the Ile-de-France residents, and the French from the neighboring regions, who made up for the absence of foreigners. “I saw a few Englishmen and rare Americans,” adds Jérôme Philippot.

In the towers of Chartres Cathedral, classified by Unesco, it is security and not the Covid which imposes limited access to 18 people to climb 45 meters above the square. “Our three daily tours were pretty much full all summer. Tourists were happy to reconnect with heritage, ”summarizes Anne Alligoridès, from the Center des monuments nationaux.

“The sanitary pass penalized us a bit”

Same feeling at the castle of Sully-sur-Loire (Loiret), where attendance has dropped slightly. “The sanitary pass penalized us a bit, the Dutch, usually very numerous, were less present. But we are still satisfied, we feared the worst ”, recalls Mathieu Girault, guide of this pretty castle on the Loire, which has a 25 hectare forest park with free access.

This monument belonged to Georges de la Trémoille, companion in arms of Joan of Arc who lodged it for several months in 1429 and 1430, while she was fighting against the English. “We can tell that the visitors enjoyed being there, after months of staying at home confined. The guided tours worked well, ”testifies Mathieu Girault.

Schools, retirees and works councils are catching up

Across the region, which includes six departments, the Regional Tourism Committee (CRT) recorded a 6% increase in attendance at major tourist sites in August. What about the off-season? “We have had a strong upturn in group bookings since the start of the school year. Schools, works councils, associations of retirees, which did not go out in the spring, are now catching up, ”observes Jérôme Philippot, from the Grottes du Foulon in Châteaudun. At the Château de Sully, owned by the Loiret department, the exhibition dedicated to the photographer Robert Doisneau was a great success, so much so that it is extended until November 21.