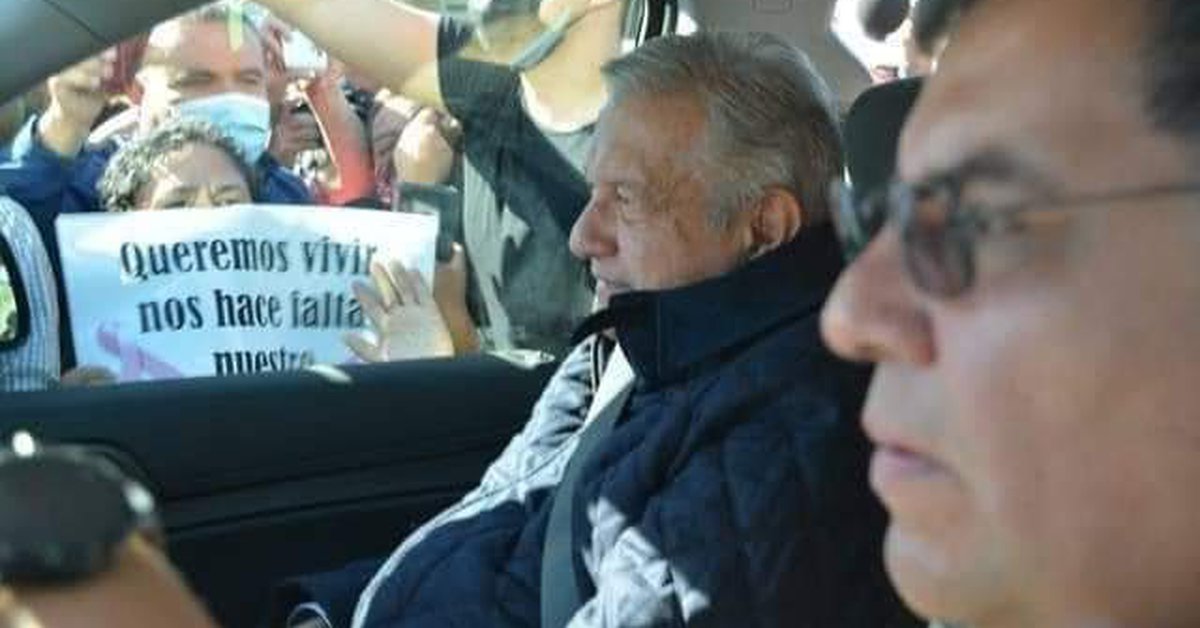 The protest took place when he left the Playas de Rosarito municipal palace: the president was intercepted by the protesters, who tried to stop the truck in which he was traveling to present his accusation (Photo: Twitter / @ AreliPaz)

This Sunday, as part of his tour of the state of Baja California, President Andrés Manuel Lopez Obrador presented the transformation of a garbage dump into a living area in Tijuana as part of its Urban Improvement Program.

“The Urban Improvement Program is a reality in marginalized coloniess, designed for attenuate contrasts of high-end residential areas and human settlements without public services. We finished our tour of Baja California; people believe and participate in the transformation, “he wrote through his Twitter account.

“We are in this popular neighborhood in Tijuana that is being intervened with these urban development works, courts, public spaces, that we are very happy that in these marginalized neighborhoods, forgotten, where the working people live, the humble people, the poor, are improving these spaces, because this means a better coexistence. Above all, serve young people by giving them these spaces for recreation and sports”, Declared the president.

The president indicated that the “intellectual author” of the project is Román Meyer Falcón, secretary of Urban Development of the federal government. In addition, he was accompanied by the municipal president of Tijuana, Arturo Cruz González, and the governor of Baja California, Jaime Bonilla Valdez (Video: Twitter / @ lopezobrador_)

The president indicated that the “intellectual author” of the project is Roman Meyer Falcon, Secretary of Urban Development of the federal government. In addition, he was accompanied by the municipal president of Tijuana, Arturo Cruz González, and the governor of Baja California, Jaime Bonilla Valdez.

The project, in the Xico neighborhood, it is an intervention of 17,000 square meters, where before it was a ravine was a garbage dump.

“The entire ravine was rebuilt, these public spaces were formed understanding the topography, understanding the local construction systems that is the wall lamp. We firmly believe that this type of space generates a process of coexistence in this type of neighborhood. that you did not have before”Meyer Falcón reported. 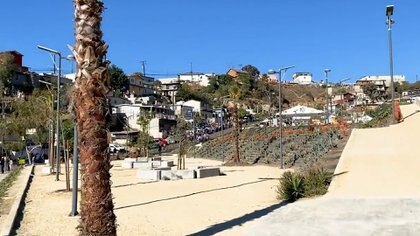 The project, in the Xico neighborhood, is an intervention of 17,000 square meters, where it used to be a garbage dump (Photo: Twitter / @ lopezobrador_)

However, during the same tour, families with cancer patients asked President López Obrador to intervene to have access to medicines and thus treat the disease. They reported that they have around 759 days without receiving your doses for treatment.

The protest took place on his departure from the municipal palace of Rosarito Beaches: the president was intercepted by the protesters, who tried to stop the truck in which he was traveling to present his accusation.

The locks caused a confrontation with elements of the assistantship trying to free circulation.

“We are dying, we no longer have chemotherapy for Monday. What is the solution? We want drugs “, declared Iraís García, a resident of the city, according to Indigo Report. 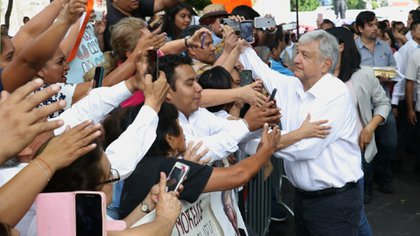 “We are dying, we no longer have chemotherapy for Monday. What is the solution? We want medicines, ”declared Iraís García, a resident of the city (Photo: Cuartoscuro)

Garcia He related that his grandmother is ill with cancer and is a patient at the Tijuana General Hospital. “There are no chemotherapies neither for children nor for mothers. We are tired. If I don’t have chemotherapy and neither do the moms and neither do the children. We don’t want any more dead people. It’s a pity that they don’t listen to us“, said.

On the other hand, the president spoke for the first time about the federal elections that will take place in 2021, of which he predicted an advantage on the part of the “progressive movement”.

During his tour of the state of Baja California, especially during his stay in Ensenada, where he spoke about the Bypass Supervision and Urban Improvement Program 2021, also spoke about the Mexican electoral future. 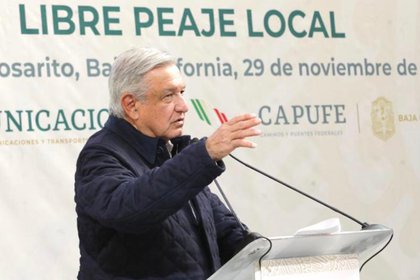 The president spoke for the first time about the federal elections that will take place in 2021, of which he predicted an advantage on the part of the “progressive movement” (Photo: Courtesy / Presidency)

According to the Mexican, through social networks or media it was revealed that political alliances are being sought in the face of the elections, which is why he highlighted the rumor of a union between the PAN and the PRI to seize power from the National Regeneration Movement (Morena).

He stressed that it is not any information that has come from any intelligence center for the accusations against his government for the alleged espionage of his opponents of the National Anti-AMLO Front.

“Here in Baja California, I have news, not because there is any espionage activity, but rather from the newspapers, written press, social networks, that the PRI and the PAN are seeking an alliance. Imagine that, we are really living a stellar moment in the history of our country. There are times when a long time passes and nothing moves as it was before. Decades, centuries, and there was immobility. Now there are many changes in these times that we had to live, interesting times, ”argued the head of the federal executive.

“They just dedicate themselves to receiving the check that the federation sends them”: AMLO’s strong criticism of some states and municipalities

Baptiste Lormand was killed by robbery, not by kidnapping or extortion: Omar García Harfuch

“Narcomarketing” on TikTok: the new strategy for Mexican cartels to recruit young people