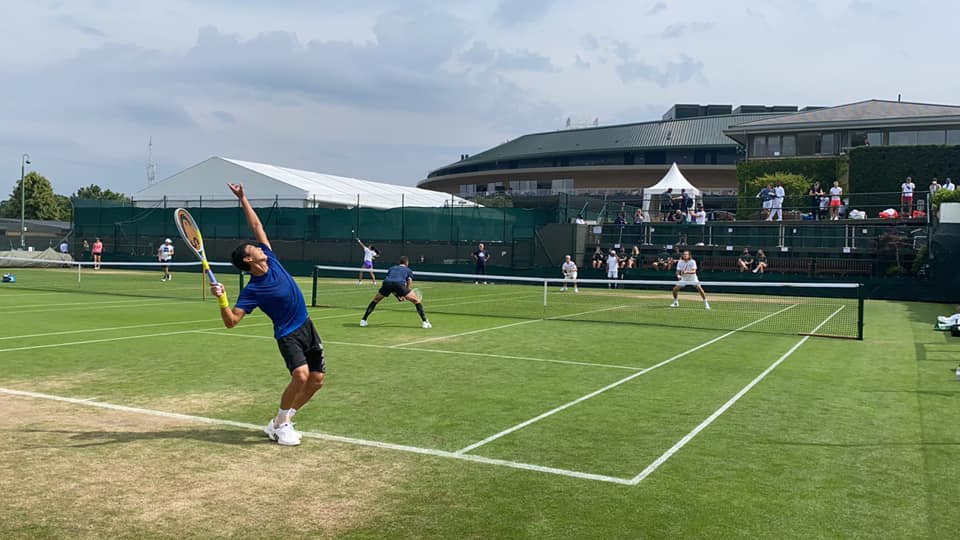 The Russian army is approaching the Ukrainian capital Kiev. Sergiy Stakhovsky, a 36-year-old retired Ukrainian tennis player, plans to take up arms and return to Kiev for the sake of his beloved hometown. After hearing the news, Taiwanese tennis elder Lu Yanxun lamented that the two of them had known each other for more than 20 years. Stahowski has been fighting for the rights of players for a long time. Now he has made such a decision for the country. My friend is safe and sound.”

In an interview, Stahowski mentioned that their family was on vacation when Russia invaded, so they decided to place their wife and children in Hungary and return to Kiev to fight alone. Although he has no experience in the military, he stressed that he must not sit still and call on the international community to support Ukraine together.

Lu Yanxun mentioned on Facebook on the 27th that in addition to being shocked and saddened by the news of Stahowski’s participation in the war, he was also admired and moved by his determination to defend the country. As a friend who used to be a partner on the practice field, a comrade-in-arms on the tour, and then a player representative together to strive for consensus, I have known him for 20 years.

Lu Yanxun revealed that for unfair and unreasonable things, Stahowski is a person who will actively strive for change, and will not back down because the opponent has more power. Therefore, he constantly strives for the rights and interests of tennis players. Especially those environments where players are ranked at the lower end. I have also heard him discuss the matter between Ukraine and Russia, and felt his concern about the threat to the country. It is not surprising to see him finally make such a decision for the country, but it is also reluctant.

Lu Yanxun finally emphasized, “We have no position to comment on the affairs between other countries, let alone any wars, but acts of aggression are unacceptable, not to mention that our own country is in such a situation! I feel full of emotions now. Let’s meet, I just pray that the war will stop soon, my friends can bravely face the battle, but also be safe, and pray for God’s blessing.”

Mai Helmy officially announces her engagement in this way

Mo Yong answered! Why do we have to vaccinate children? will be lighter in March