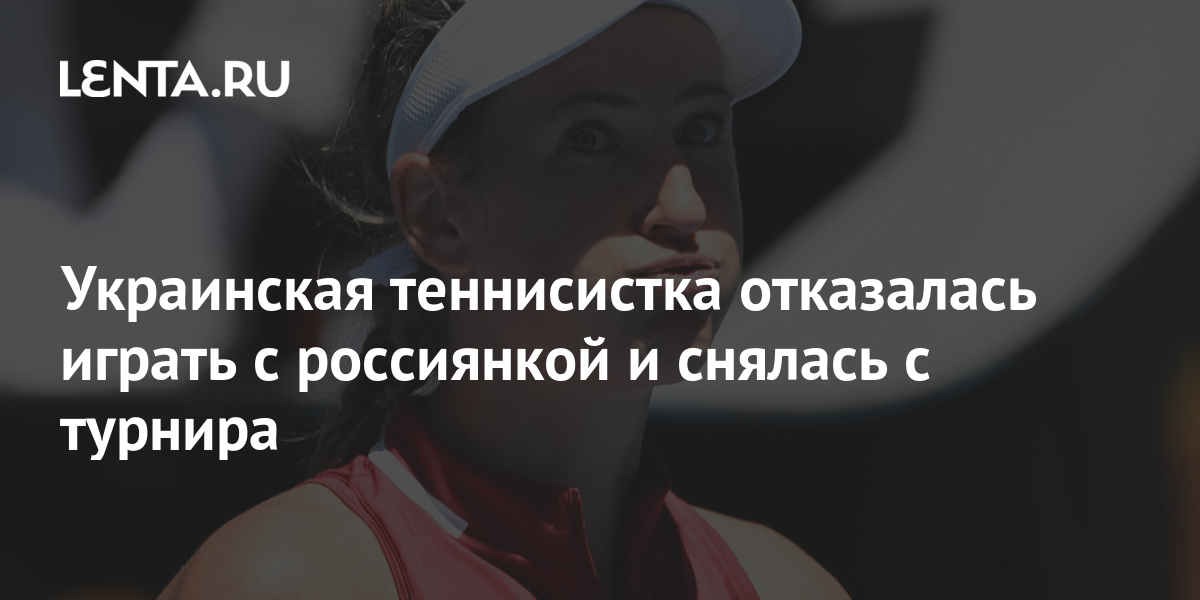 Ukrainian tennis player Elina Svitolina withdrew from the tournament in Monterrey because of her unwillingness to play against an athlete from Russia. She wrote about it in Twitter.

The 27-year-old native of Odessa was supposed to play with Anastasia Potapova in the 1/16 finals of the tournament on March 1. Svitolina said that she did not intend to go to the court for matches against Russian and Belarusian tennis players. The post on Twitter garnered more than 8,600 likes.

Svitolina called on international organizations to take a clear position and allow athletes from Russia and Belarus to perform exclusively in a neutral status. She recalled the relevant recommendation of the International Olympic Committee (IOC).

At the Tokyo Olympics, Svitolina won a bronze medal in singles.

Rumor! Apple iPhone 15 will use a punch-hole screen.