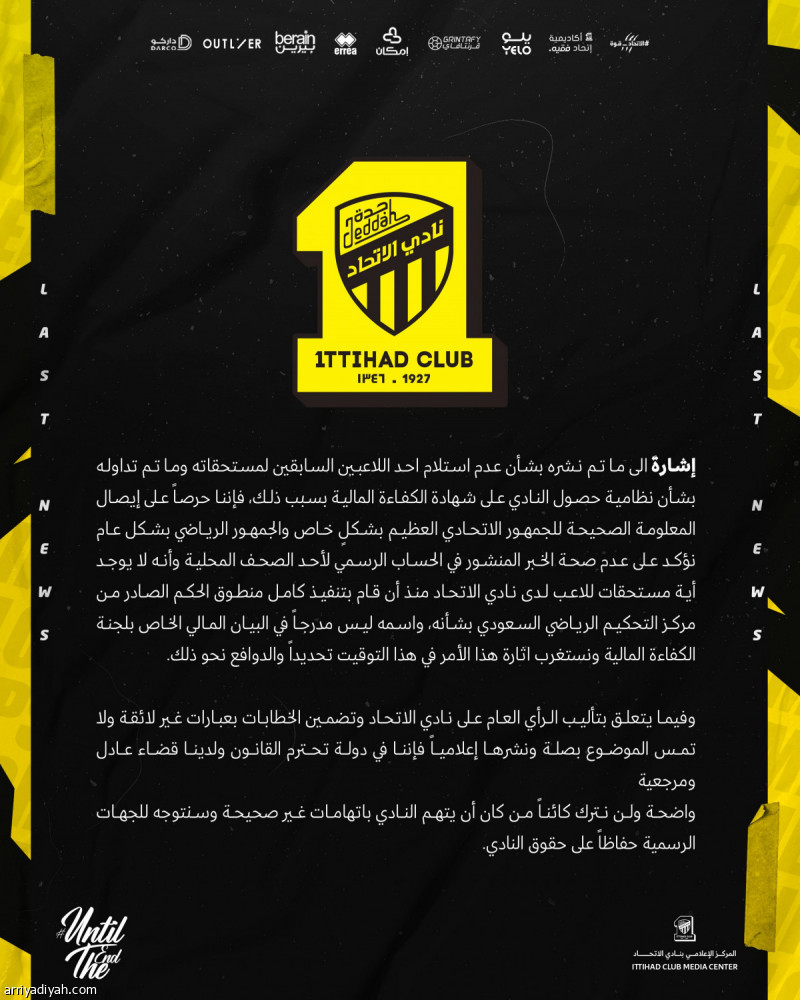 On Monday, Al-Ittihad Club issued a press statement confirming that there were no financial dues to Faisal Al-Kharaa, a former first-team player, denying the validity of the “Sports” news published about the case.
And the statement, which was broadcast by the club on its official account on Twitter, the social networking site, stated: “In reference to what was published regarding the failure of one of the former players to receive his dues and what was circulated regarding the regularity of the club obtaining a certificate of financial efficiency because of this, we are keen to convey the correct information to the federal public. The great in particular and the sports audience in general, we confirm that the news published in the official account of one of the local newspapers is incorrect, and that there are no dues to the player with Al-Ittihad Club since he implemented the entirety of the ruling issued by the Saudi Sports Arbitration Center regarding him, and his name is not included in the financial statement of the Financial Efficiency Committee, and we are surprised that this matter has been raised at this particular time and the motives for that.”
The statement added: “With regard to inciting public opinion against Al-Ittihad Club, including inappropriate and irrelevant speeches and publishing them in the media, we are in a country that respects the law, and we have a fair judiciary and a clear reference. the rights of the club.

Yousra boldly confesses.. I got along with Adel Imam and lost control of myself and wished for a longer time in this scene!! (Video)