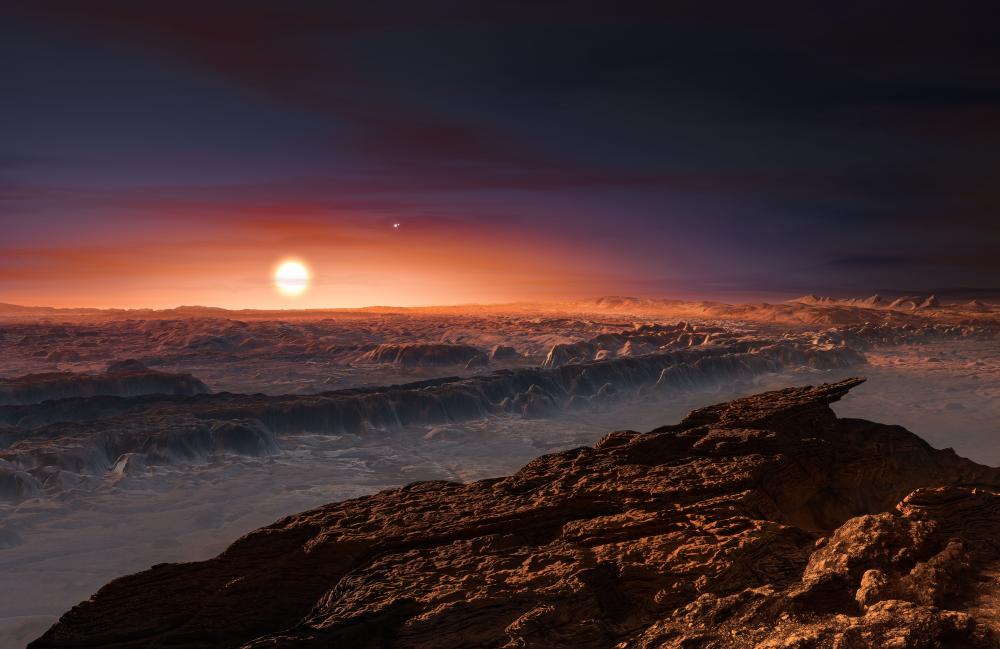 Discovered in 2016, Proxima-b is indeed the exoplanet in the habitable zone closest to our solar system. Astronomers recently confirmed this using a high-precision instrument called ESPRESSO.

The exoplanet Proxima-b was discovered in 2016. It orbits around the closest star closest to our solar system, Proxima du Centaure (or Proxima Centauri), located just 4.2 light years away. Its detection had been permitted by the radial velocity method, which identifies variations in the light spectrum emitted by a star. Depending on their magnitude, astronomers can deduce that a cosmic object, such as an exoplanet, orbits around it. In the case of Proxima-b, the variation in radial speed measured at the time was one meter per second. To confirm its status as a veritable “exoterre”, a new team of astronomers used the most precise instrument in the world. Their results are detailed in a study to be published in the scientific journal Astronomy & Astrophysics.

The high precision instrument in question is called ESPRESSO (for “Echelle Spectrograph for Rocky Exoplanet and Stable Spectroscopic Observations”). It is a high resolution spectrograph specially designed for the observation of rocky planets, in particular outside the confines of our solar system. It was mounted on the Very Large Telescope of the European Southern Observatory (ESO) in Chile. It is able to measure a variation in radial speed to an accuracy of 30 cm / s – four times better than what was possible at the time of the discovery of Proxima-b.“ESPRESSO has made it possible to measure a planetary mass with an accuracy equivalent to more than a tenth of that of the Earth, said in a press release, Michel Mayor, discoverer of the first exoplanet, Nobel Prize winner in physics in 2019 and one of the architects of ESPRESSO. This is unheard of !” Thanks to ESPRESSO, the researchers confirmed that Proxima-b had a mass only 1.17 times that of Earth and circled its star in just 11.2 days. They also validate the hypothesis that it was in the habitable zone of its star – either at an orbit where the existence of liquid water is possible. “Confirming the existence of Proxima-b was of paramount importance because it is one of the most interesting known exoplanets in our neighborhood”, summarizes Alejandro Suarez Mascareño, one of the main authors of the study. The icing on the cake, the famous spectrograph has identified a second signal with an estimated mass three times lower than that of our planet. If its nature remains to be confirmed, it could be a natural satellite or even a second planet.