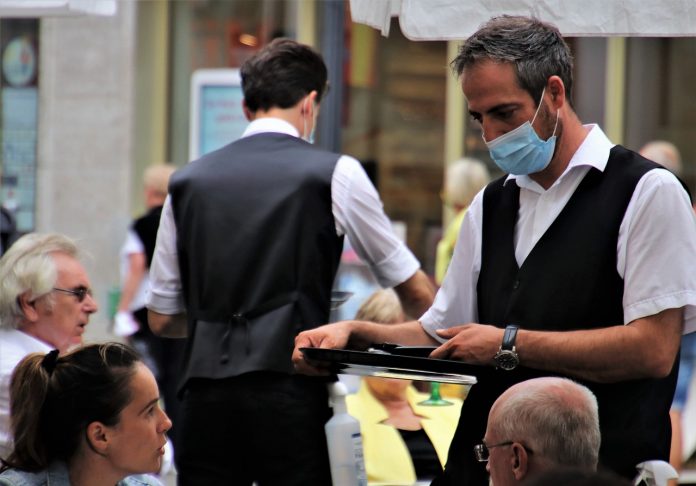 The current health crisis situation due to covid-19 has precipitated, in almost all the countries of the world, a huge adaptive effort. There have been many recommendations to preserve the health of citizens, some of which are very restrictive and difficult to anticipate.

As a consequence, it begins to be noticed in the population what is known as “pandemic fatigue”, a problem that seriously worries the scientific community.

It is a concept that refers to the progressive abandonment of health recommendations whose purpose is to contain the advance of the virus, and not to the subjective feeling of fatigue or dejection, as it might seem a priori.

Adherence to so many indications is not easy, because it represents a remarkable change in the way we have traced our lives until now. However, it can be reduced to the confluence of three factors: opportunity, individual ability and motivation.

It is precisely the last of the factors mentioned, motivation, the one that is most eroded today. It is no longer uncommon to witness how certain people become overconfident in the face of COVID-19 and expose themselves to situations of potential risk to themselves or others, or how they underestimate the health relevance of the infection.

It is also a breeding ground for the effervescence of theories that deviate from the reality of the facts, and that motivate reactions incompatible with self-care.

Pandemic fatigue is a socially predictable phenomenon, known from experience with long-term health crises prior to the current one. Even so, it jeopardizes the maintenance of the common achievements achieved during these difficult months.

Therefore, it requires a lot of attention, as well as a critical and understanding look. In this article, therefore, we will review seven potential causes that underlie it.

Living the infectious process closely is a difficult experience, which has generated in many people a clinically relevant stress response (especially in informal caregivers and first-line health professionals).

On the other hand, it would also provide a privileged perspective to be aware of its importance and make an effort to prevent it.

The emergence of cryptic explanatory theories, aimed at underestimating the importance of the crisis or attributing sinuous intentions to it, favors greater laxity in the use of sanitary measures.

In the worst case, it implies a frontal opposition response, which translates into an absolute refusal to follow the general recommendations (a concept known as “Psychological reactance”).

It is very relevant to consider that such positions have been promoted even by socially prominent figures, reaching a very wide diffusion in recent months.

3. Low perception of risk of covid-19

Every coping response depends on subjective valuation processes of the situation we face, in interaction with individual characteristics.

It is in this part of the process where we attribute personal relevance to the facts and, therefore, we prepare to deal with them by making use of the available resources.

In cases where the pathogen is not considered threatening or reflection on it is avoided, increases the likelihood of security measures being circumvented.

On the other hand, some people may make the decision to cease their efforts considering that keeping them would have a negative impact on other areas of their life, such as family or work.

Primary prevention campaigns that overstimulate fear can fail miserably in their endeavors, as they precipitate a denial or avoidance response in their target audience.

Such acts of awareness should promote reasonable and reality-based emotions, which allow their recipients to make informed and coherent decisions (without a counterproductive overflow of their affections breaking out). The presence of fake news has been able to contribute to this paradoxical phenomenon.

Maintaining health recommendations for a long time is an obvious effort, as well as considerable stress. Sometimes we may think they are not necessary if we meet exclusively with people we trust, sliding into a optimistic bias that falsely minimizes the perceived risk of infection.

Thus, these would be situations in which we would “lower our guard”, yielding to the effect of pandemic fatigue with apparently innocuous micro decisions.

Despite the great efforts carried out by the population, the official data on the spread of the virus is still not very encouraging.

In some people, this reality can translate into an experience of learned helplessness. In these cases we can understand that no effort will be enough to improve the situation.

See Also:  pregnant woman can pass Covid-19 to her baby

This would increase the probability of pandemic fatigue, as well as difficult emotions and pessimism regarding the future.

7. Lack of trust in public bodies

The irruption of contradictions or abrupt changes in the restrictions, as well as the scarce transparency about the reasons that lie behind them, they usually motivate many people to stop adhering to them. It is essential that citizens don’t forget the meaning of your effort.

Therefore, clear information, social consensus, and reasonable (and reasoned) political decisions are required in all areas of life.

This article was originally published on The Conversation. read the original.