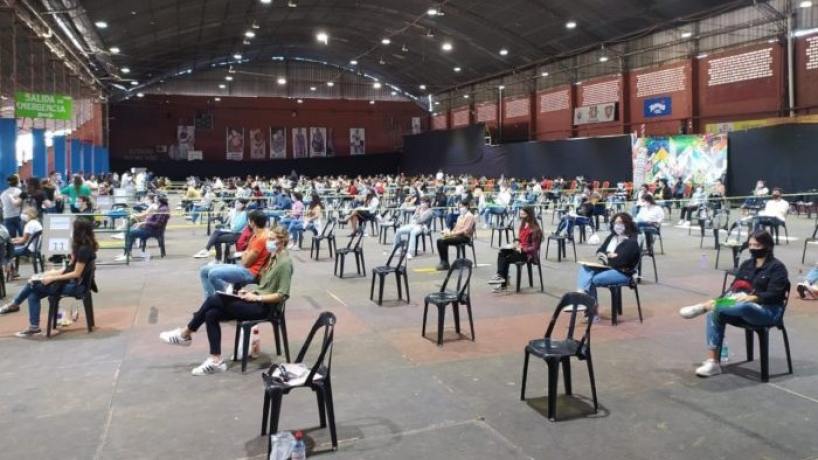 The results of the entrance exam to the Faculty of Medicine of the National University of Tucumán (UNT) carried out on February 11 were not satisfactory. Of the total registered, a third did not show up and, of those who gave up, only 20% obtained the necessary score to enter the race. The Dean of the academic unit referred to the situation and members of the Association of Teachers and Researchers of the National University of Tucumán (ADIUNT) They requested to eliminate the evaluation to enter the race.

The exam that was given the second week of February corresponds to the 2020 period, which, due to health issues related to the pandemic, had to be suspended in April of last year and could only be carried out now.

The dean of the Faculty of Medicine of the UNT, Mateo Martinez, said that the preliminary result of the evaluation “is worrying the number of approved students.” In dialogue with Los Primeros, he explained that Of the 1,492 registered to take the last February 11, 965 showed up and of them, only 20% (180 students) reached the 60 points required to access the faculty. “The preliminary results are not satisfactory”, he pointed.

Martínez acknowledged that there was a general complaint by some students that time was not enough and stated: “We had no other option but to concentrate all the content to be evaluated, in a single exam to reduce biological risks. Virtual we couldn’t do it because not everyone has access to good connectivity. We were going to leave out more than half of the applicants, so we decided to do a face-to-face and unique exam. While some voiced the repeated complaint that the time to take the exam was not enough, others say that three hours of exam was antipedagogical, “he stressed.

See Also:  Talleres lost in the final to Lanús and has not yet qualified for the Diego Maradona Cup

It is so concerning that on Wednesday we called a Board of Trustees meeting, and they issued a resolution on make-up so that students can retake only the content areas in which they did not do well. In recovery, they will have 4 hours, according to the Dean.

After knowing the results of the examinations, the leaders of the Association of Teachers and Researchers of the National University of Tucumán (ADIUNT) they denounced that the level of difficulty of the exam, added to the time limit, sought to “maintain the historical quota of the race.”

“The very far from optimal conditions in which he surrendered and with the little time they had to answer all the questions evidently sought to maintain the historical entry quota and circumvent the resolution of the Superior Council to eliminate it for the 2020 entry”, they stated in a statement.

In addition, they opined that in a pandemic scenario “this attack on the vocation of a sector of our youth is also an attack on public health. Students and their families made enormous efforts for a year or more to begin their university careers and the UNT closes the doors, “they added, in addition to demanding that all the listings be published.

“We demand that the UNT authorities annul this entrance exam, that the entry of all the students who graduated is allowed and that the number of teachers of the first years of the medical career and the resources for their quality training be doubled. More doctors and nurses are needed and will be needed “, they conclude.