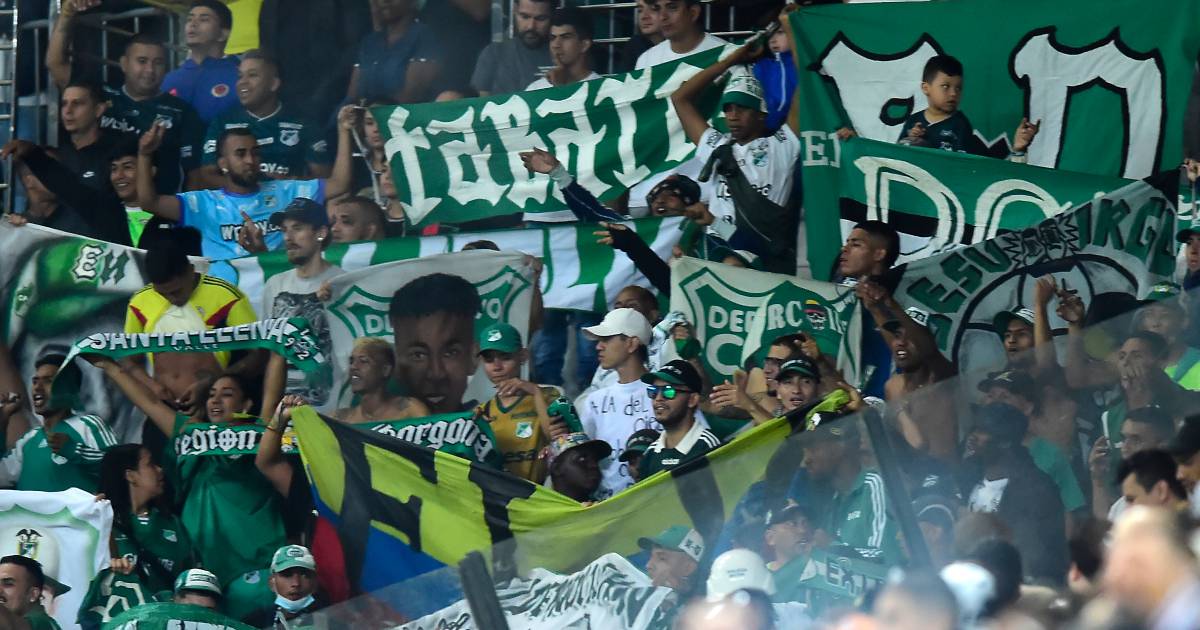 Last week it was reported that some fans of Deportivo Cali stole a flag from the Racing bar in Argentina and this left threats, including deathwhich are now beginning to generate changes for Colombians residing in Buenos Aires.

See here: Cali fans are threatened with death and prohibited from setting foot in Argentina

This was denounced by the Argentine journalist Pablo Carrozza, the same one who reported the theft of the flag, who on this occasion reported the irruption of the bar of the Argentine team to a closing of the political campaign and although they were told that this had nothing to do with football, they replied that “there was a hunt for Colombians”.

Carrozza himself denounces that there is fear among Colombians who start voting this Monday and that the Academy’s barristas continue to follow in the footsteps of their stolen flag.

“The Racing bar broke into a campaign closure of a Colombian political bloc in CABA. The incident occurred on Friday in a cultural club of the Historical Pact. They were told that it was a meeting unrelated to football, and they replied that there was a hunt for Colombians”, reported the journalist in a first trill.

Which he expanded by denouncing: “The Colombians of CABA are very afraid of suffering a change in the framework of their elections, due to what happened last week with the flag stolen by Deportivo Cali bars. It should be noted that those who live abroad vote starting tomorrow”.

See here: Luis Díaz, super figure of Liverpool and his numbers in the Premier prove it

“The Racing bar has the information that the youngsters from Deportivo Cali are still in the country, and they are going to look for them at all the Colombian events. Wouldn’t it be easier for them to return the flag, and stop putting their compatriots at risk? A difficult week is coming”, he finished.

This Thursday, May 26, the final duel of the group stage of the Copa Libertadores will take place between the Xeneize team and the Valle del Cauca team, which will generate the arrival of more Colombian followers. This has the authorities on alert before the generalized threat to all the followers of the club.