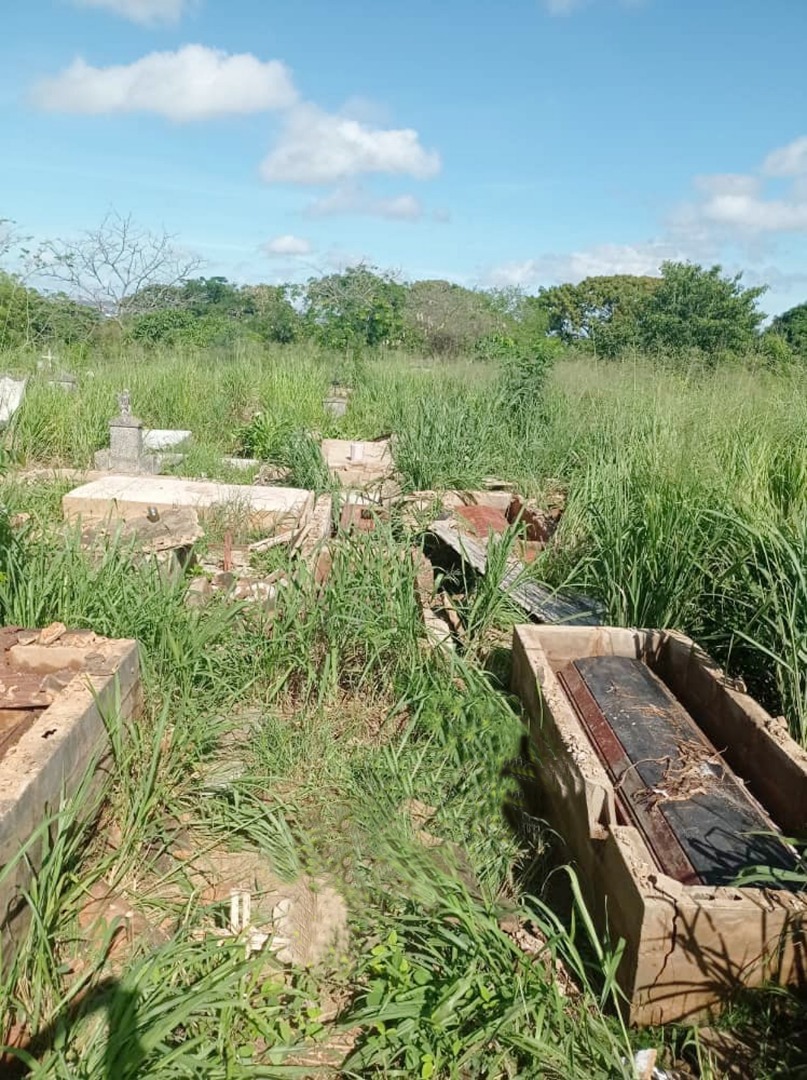 The incident was reported this Monday morning to the Chirica Police Coordination Center.

Citizens denounced before the authorities that unknown individuals stole the rebars installed in closing structures of the graves of the Chirica municipal cemetery.

According to the information provided by the Municipal Police of Caroní, at 9:00 am on Monday, a complaint was made by telephone by the municipal coordination of the cemetery. It was reported that they had desecrated the pit on terrace 25 and that all the bars that support the upper structure of the tombs were stolen.

A police commission approached a radio patrol unit to verify the narrated facts. It transpired that the officials confirmed the information from the cemetery administration as true. Immediately afterwards, they toured the facilities of the compound, but they did not obtain criminal evidence related to the alleged perpetrators of the event.

Once the technical inspection of the plots was completed, the soldiers met with the coordination of the Chirica municipal cemetery to inquire with the witnesses and security personnel about what happened.

The parties agreed to carry out an operation in the junkyards because it is presumed that the stolen material is sold in those places.

The Criminal Investigation Service (SIP) will conduct investigations into the case.

From the administration of the San Félix cemetery they have warned about the theft of crosses and any metal object that the criminals identify. By the way, in March of this year the municipal mayor’s office of Caroní visited the cemetery facilities and assured to recover it in the following days.

Jackpot for Kate Bush thanks to “Stranger Things”