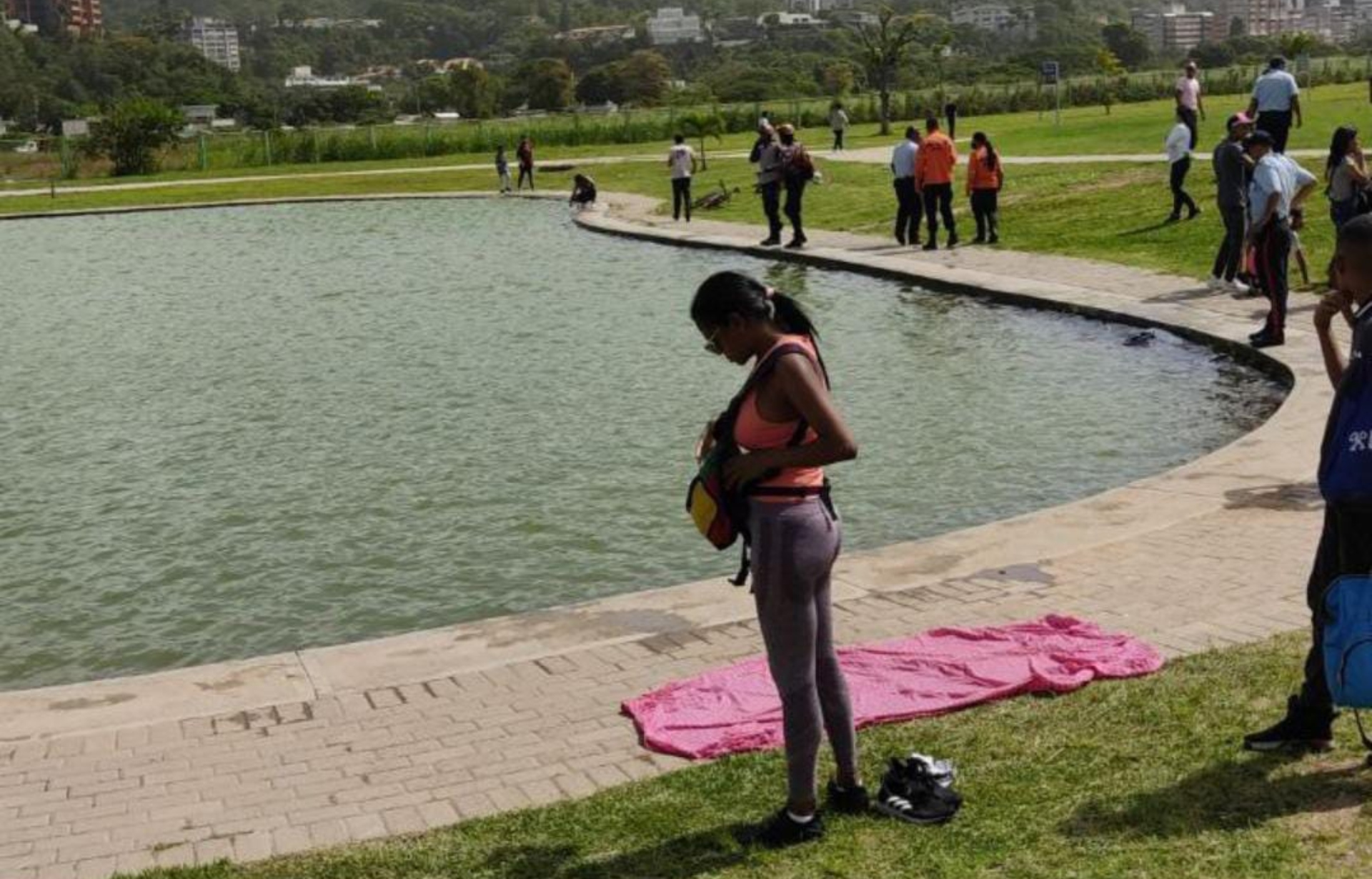 This Sunday, June 12, they extracted the body of a 13-year-old teenager in the Simón Bolívar Park lagoon, in La Carlota.

The information was published by the rescuer Delmiro De Barrio on his Twitter account. In addition, she shared some images in which officials were seen doing some work to recover the body.

«Disappeared due to immersion in the lake of the Simón Bolívar Park in La Carlota. They report the start of rescue operations for two minors, where it is known that one of them managed to be removed from the lagoon and the other is presumed to remain submerged. This was indicated in one of the first messages he wrote.

Teenager died in the lagoon of Simón Bolívar Park, in La Carlota

After this, he stated: “Employees of the Firefighters of the Capital District recovered the body of the 13-year-old DA boy, who was missing in the lake of Simón Bolívar La Carlota Park.”

At the moment, there is no information on how the minors fell into the local lagoon.

#13Jun #Caracas #Now Rescue teams are heading to the artificial lagoon of La Carlota that communicates with the Parque del Este, according to a citizen report, a young man would have died due to immersion in the place.

Neither Jung Woo-young nor Hwang In-beom… How to fill the void in Bentuho’s midfield?