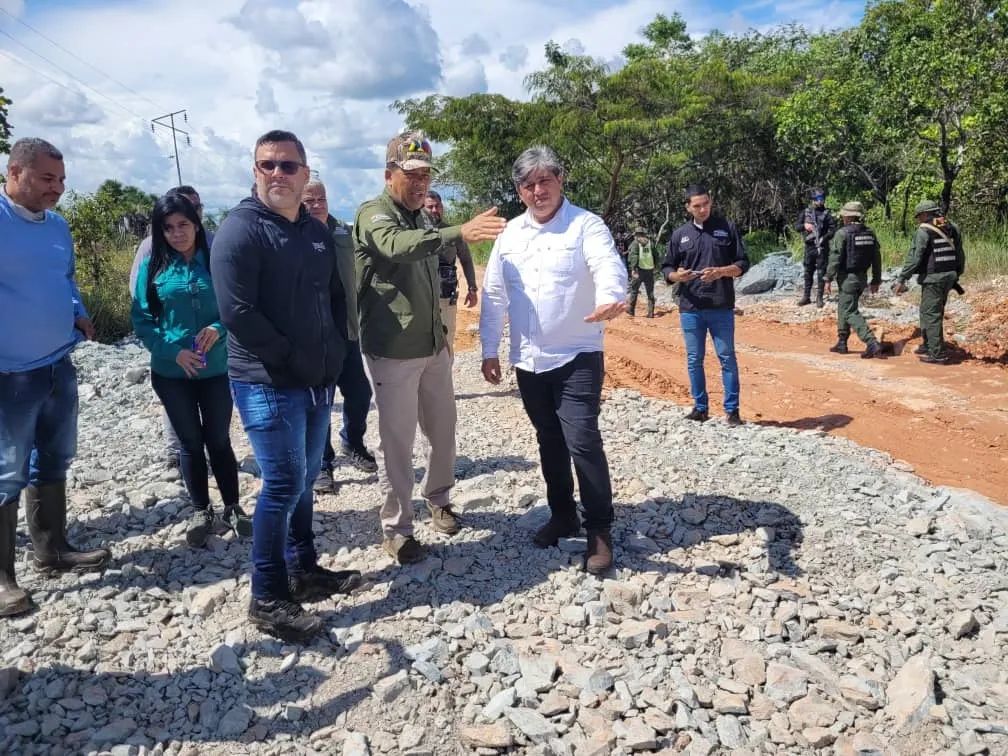 On Friday, August 12, users on social networks detailed that the national highway had collapsed at various points.

The mayor of the Sifontes municipality, Juan Vicente Rojas, reported this Saturday the reestablishment of passage on trunk 10, from kilometer 51 (El Dorado) to 52 (Casa Blanca).

It should be noted that on Friday, August 12, users on social networks detailed that the national highway had collapsed at various points due to the rains at the height of the San Isidro parish in the Sifontes municipality, in the south of Bolívar state.

Others indicated that from Km 88 to El Dorado the road was impassable.

This Saturday the municipal authority was also accompanied by the Governor of Bolívar State, Ángel Marcano, and the Minister of Public Works, Raúl Alfonso Paredes, who were supervising the road recovery work.

“We will not rest until we are able to give our people back their free transit and contribute to the comprehensive development of our region,” Rojas said on his official Instagram account.

The highest return on National Bank certificates 2022.. Rejoice your son with his success in high school and buy one for him