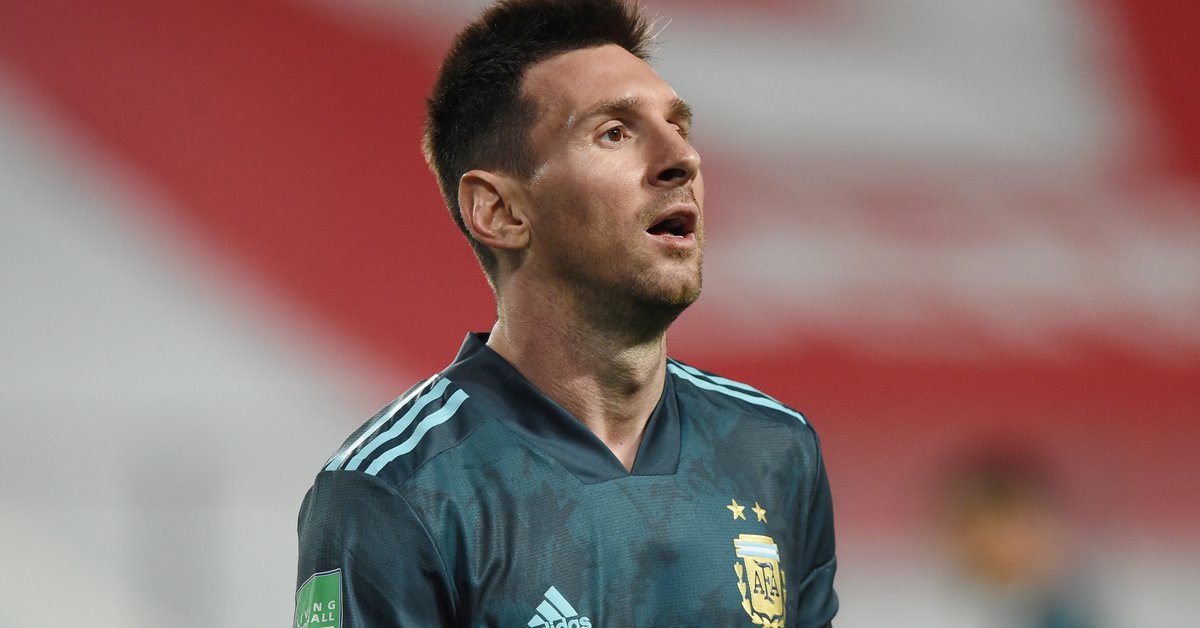 Lionel Messi added to his usual game of speed, dribbling and assists, a very valuable quota of sacrifice. The Argentine captain did not have the goal, despite the situations that he generated, but he won a great prize that was the recovery of balls, even higher than that of Rodrigo De Paul.

This could be felt at the end of the meeting that Argentina beat Peru at the National Stadium in Lima. The exclusive camera of TYC Sports captured the right moment in which the Colombian referee Wilmar Roldán whistles the end of the match and La Pulga puts his hands on his knees to look for air. Thus he remained for a few seconds to find a breath of oxygen after a great sacrifice made.

As mentioned, Lionel Messi only missed the goal. He had several chances to score, but between goalkeeper Pedro Gallese and the Peruvian defense they denied it. He also participated in every team attack albiceleste and, as emphasized, collaborated tirelessly on the defensive face with a great ball recovery average.

“I am happy for the victory that we come to seek and we needed it after the game against Paraguay that we couldn’t win despite the fact that in the second half we were much superior. This time from the beginning we played a great game, the goals came and we created many chances. The most important thing is won, to add in this always complicated Qualifiers “, Lionel Messi highlighted after the match.

The captain of the Argentine team confessed that feels “very good within the team”, almost as a release regarding the last bad times that Barcelona has been going through, and he anticipated that wants to “continue contributing” in the future. “We played a great game and I I feel very good here and that’s why I come ”, Messi said almost like a shock in television statements, just seconds after the victory.

“And I will continue to come to the national team as long as the coach (Lionel Scaloni) takes me into account and continues to call me,” emphasized “Lío.” “Whenever I sell, I try to give my best and I am able to do it. I want to help this group and keep fighting for the shirt. I feel good and if the coach wants me to be there, I will continue working with the group ”, he added.

“This time, in addition to playing well we managed to convert, something that we lacked the other day to beat Paraguay,” he compared in reference to the 1 to 1 against those led by Eduardo Berizzo, who today equaled 2 to 2 at home with Bolivia.

“Here we all contribute to the team and that is the good thing, because we add for the benefit of the group”, completed a Messi that was downloaded with a message in and out, considering at this time Argentina in the first place and Barcelona in the other. “This is the path we have to follow, little by little we are becoming stronger as a group and team. That is not easy in the Qualifiers ”, he concluded.

The newsletter of the National Team in its great triumph against Peru in Lima: the unthinkable heroes, the scorer and Messi’s hierarchy

The story of Nicolás González: the unexpected figure of the National Team that became a meme