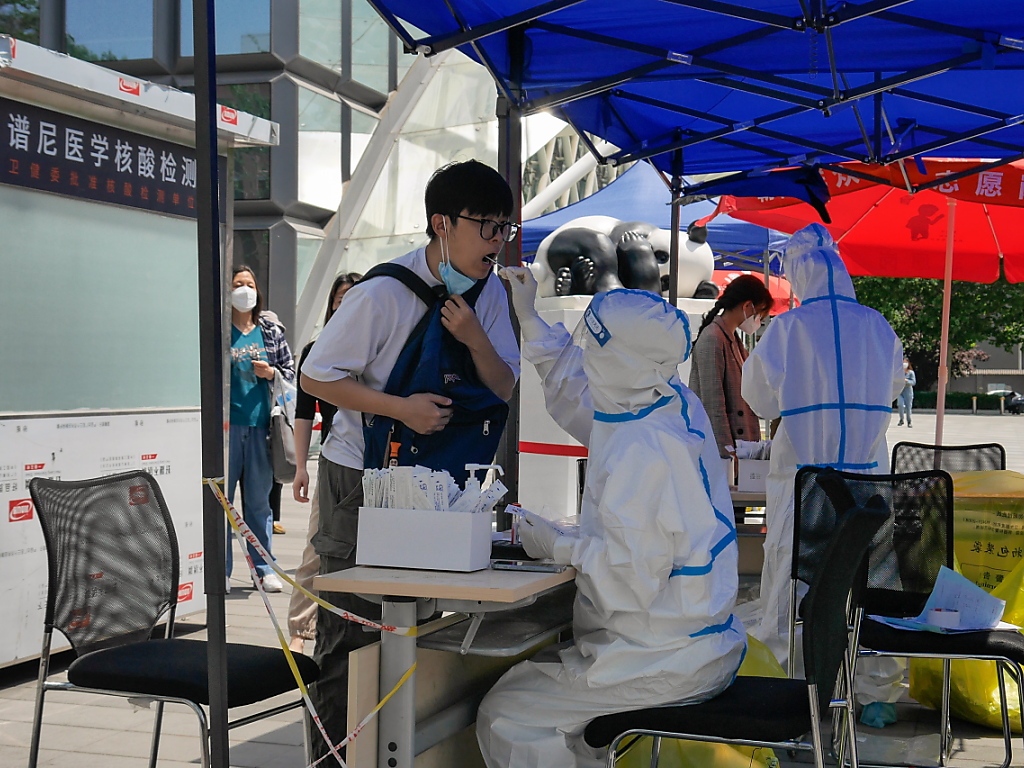 Thousands of Beijing residents were forcibly sent to quarantine in the middle of the night from Friday to Saturday, after 26 cases of Covid-19 were discovered in their residence, according to images and an official notice widely shared on social networks.

More than 13,000 residents of the Nanxinyuan residential complex in the southeast of the capital, although tested negative for the virus, were transported overnight to isolation hotels and threatened with reprisals if they resisted.

“Experts have decided that all residents of Nanxinyuan will be quarantined from midnight on May 21 for seven days,” read an announcement from Chaoyang district health authorities. ‘Please cooperate or you will face legal consequences,’ they added.

Photos on social showed hundreds of people queuing with their luggage in the dark to board coaches outside the residence.

‘Some of us have been locked up for 28 days since April 23, and we’ve all tested negative since,’ a resident complained on Weibo. ‘Many of my neighbors are elderly or have young children.’

Residents were asked to pack their clothes and essentials, and told their homes were going to be sanitized, according to discussions on Weibo.

Beijing is facing its biggest outbreak of contamination since the start of the pandemic. The Omicron variant has infected more than 1,300 people since the end of April, leading to the indefinite closure of restaurants, schools and tourist sites.

China is pursuing a draconian policy of ‘zero Covid’: border closures, massive tests, confinement of entire cities and forced quarantines for contact cases. Last month, thousands of Shanghai residents were sent to makeshift quarantine centers hundreds of miles away as the metropolis of 25 million battled an outbreak.

On Weibo, Internet users expressed concern on Saturday that Beijing was adopting an approach similar to that of Shanghai, where residents have been suffering for weeks from a confinement that has deprived many people of adequate access to food and care.

‘It’s exactly the same as in Shanghai, the first step is to cut off the water and electricity, then to demand keys… then to disinfect the houses. Electrical appliances, wooden furniture, clothes, food… They are all ruined’, can we read in a comment that displayed more than 300 likes.

The highest paid athletes in the world in 2022

New government: what are the salaries and benefits of Elisabeth Borne’s ministers?