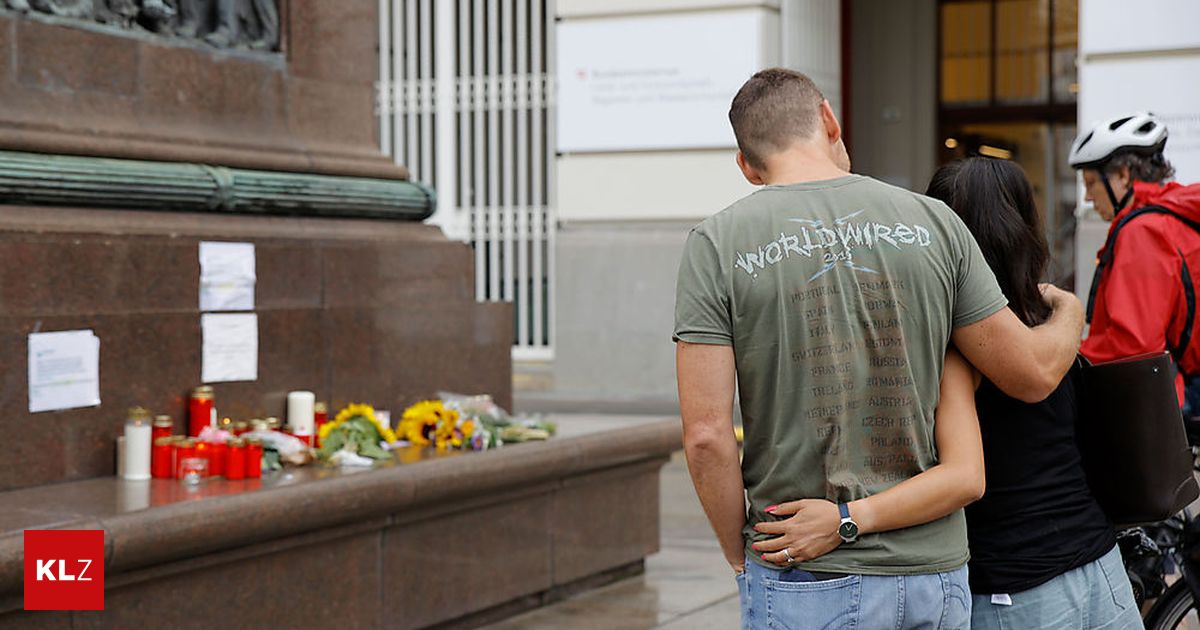 Mourners have been gathering in front of the Ministry of Health in Vienna since Friday afternoon to commemorate the deceased doctor. Flowers are laid out, candles are lit. The general practitioner Lisa-Maria Kellermayr committed suicide in her closed practice on Lake Attersee – after months of massive threats from unknown vaccination opponents.

A memorial event for Kellermayr in Vienna is planned for Monday. Daniel Landau, organizer and initiator of #YesWeCare, announced on Twitter that he had registered an event for 8 p.m. at Stephansplatz. A vigil was also officially registered in Graz: from 8 p.m. on the main square. Candles should be brought.

Federal President Alexander Van der Bellen called for an end to “this intimidation and fear” in a Twitter message: “Hate and intolerance have no place in our Austria. In the end, let’s always find a way to live peacefully together. Let’s strengthen the cohesion”.

Health Minister Johannes Rauch (Greens), whose resignation the doctor had called for two days ago, was also dismayed at the news of Kellermayr’s death: She “devoted her life to the health and well-being of others. Death threats against her and her employees were brutal reality . Hate against people is inexcusable. This hate has to stop,” he wrote on Twitter.

Vienna’s Mayor Michael Ludwig (SPÖ) also responded to the doctor’s death with a tweet, which shows “that we must not give room to hatred and intolerance in our society. Respectful cooperation and social cohesion must once again be given priority in view of this tragic event stand.” SPÖ leader Pamela Rendi-Wagner, herself a doctor, was also deeply affected on Twitter: “She simply represented her medical point of view and became a victim of hate. Doctors like her need protection and support.”

The Austrian Medical Association was “deeply shocked” by the news of the colleague’s death. This tragic event would show in a frightening way what consequences hate can have on the Internet, said the President of the Medical Association, Johannes Steinhart, in a broadcast. Medical staff in hospitals and surgeries have been exposed to ever-increasing violence for a long time.

In June, the public prosecutor’s office in Wels dropped the preliminary investigation against a German suspect – on the grounds that it was not responsible, but German authorities. However, a hacker activist found two Germans who are said to have written threatening emails.

In Austria, the police continue to investigate unknown perpetrators because it can be assumed that the allegations affect several people, according to the investigators. The death of the woman does not change anything in these investigations, one is still waiting for the final report from the police, according to a spokeswoman for the public prosecutor’s office.

The journalist Ingrid Brodnig tweeted condolences: “The executive should also have to clarify their own actions or non-actions in this case.” In the course of the investigation, the police were criticized for not having done enough. A spokesman for the state police headquarters in Upper Austria rejected this to the APA: They had been in constant contact with the doctor since November and had tried to offer her protection. They have “done everything that is possible”, both in terms of security and what concerns the investigation. The latter are still ongoing, he confirmed.

The Upper Austrian Health Minister LHStv. Christine Haberlander (ÖVP) not only expressed her condolences in a broadcast, but also called for rapid action, “because hate, intolerance and violence are never the answer, but always the ugly side of society. In a united Europe, criminal prosecution for crimes of this kind be possible across borders. Rather, they must be possible”.

Many international media also reported on the doctor’s death.