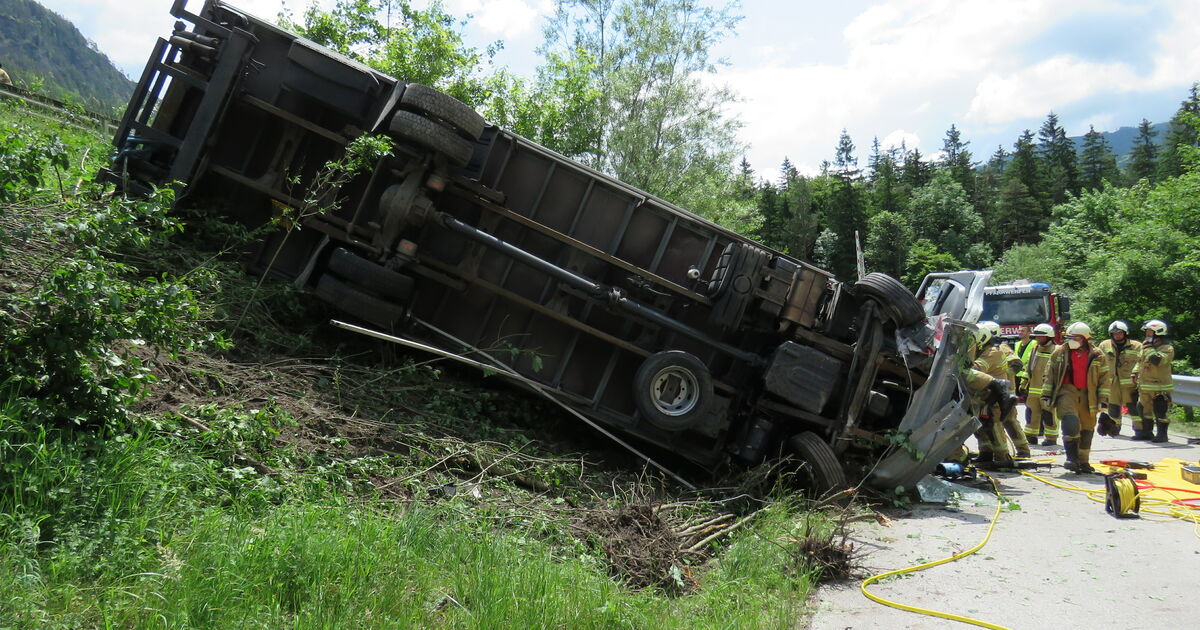 In the accident on the A10, according to initial information from the emergency services, a truck fell into a ditch. The cause is still completely unclear. The truck driver was trapped in the vehicle. “The patient was seriously injured and flown to the Salzburg hospital by helicopter,” reports the Red Cross on request.

Truck breaks guardrail on A10

The driver came off the road on the right in his truck in the area of ​​a turnaround between the Brentenberg tunnel and the Zetzenberg tunnel and broke through the guardrail. The vehicle then tipped over on the driver’s side and came to rest on the embankment.

On site was by the fire brigades Pfarrwerfen and throw first access to the handlebars. To do this, the driver’s cab windshield and roof hatch had to be removed. At the same time, the accident vehicle was secured against slipping from the autobahn with a winch. During first aid, it was found that the driver was injured, but responsive and trapped in the area of ​​both legs. While one leg could be released quickly, it was difficult to release the other leg.

Seriously injured is flown to hospital

The seriously injured man was finally freed with the help of hydraulic rescue equipment and a reciprocating saw and rescued from the vehicle through the roof hatch. He was then flown to the hospital by helicopter.

The fire brigade then caught the fuel that was still leaking. The motorway had to be completely closed for use. There was a considerable backlog as far as Hallein. But even after the closure was over, traffic jams formed that almost reached back to Hallein.