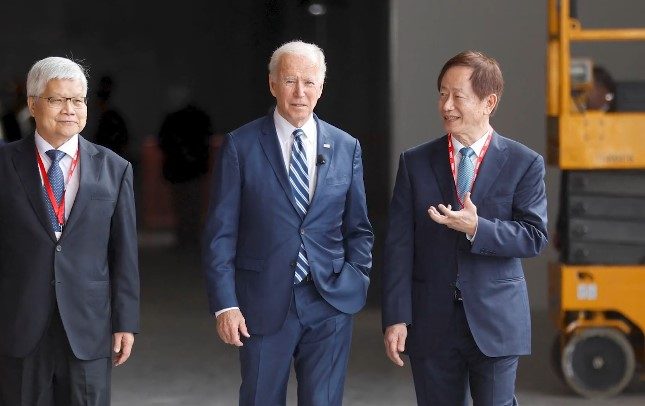 The two TSMC Arizona factories are expected to create 10,000 high-tech jobs, including 4,500 direct TSMC jobs. When complete, TSMC Arizona’s two fabs will manufacture more than 600,000 300mm wafers per year, with an estimated chip production value of more than $40 billion.

« We are grateful for the continued collaboration that has brought us here and look forward to working with our partners in the United States to serve as the foundation for innovation in semiconductors. “, thanked Marc Liu, president of TSMC.

« I am deeply honored that we were able to gather here to celebrate such a historic milestone for TSMC, which represents our dedication to building a semiconductor ecosystem here in the United States to better serve our customers. This project is truly a testament to the Grand Alliance that TSMC has formed with customers, suppliers and partners to deepen our collaboration and unleash innovation. said CC Wei during the ceremony.

For his part, Morris Chang felt that ” globalization is almost dead “. Quite a symbol coming from the man who founded TSMC in 1987 and whose wife worked in Joe Biden’s first senatorial campaign when he ran for the Senate, recalled in his speech the president of the United States.