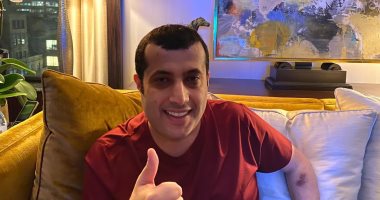 Turkish Chancellor Al-Sheikh, head of the entertainment authority in the Kingdom of Saudi Arabia, published through his personal page on the social networking site Facebook, and Turkish-Sheikh Al-Sheikh said, “The people of Egypt are good people, generosity, generosity, loyalty and morals … the message has arrived?”.

The Turkish Chancellor Al-Sheikh had sent a mysterious message earlier, saying, “If the decision is in the hands of an administration, the club does not want the interest of the club and they delay any need that is in the interest of the club … and I have been patient with it a lot, but it is clear that they will not change in his need … Thank God I have a club in Europe! The door from which the wind leaves you is closed and rested … for as long as there are men who value men!

Earlier, Turki Al-Sheikh, head of the Saudi entertainment authority and owner of the Spanish club Almeria, said that the Corona crisis will severely affect the football world even after its demise.

Al-Sheikh added, through his official account on the “Facebook” website, “I think the world of football will differ a lot after Corona, a lot of clubs in the world will suffer, the prices of players will decrease, sponsorships will decrease, the income of the stadiums will be affected, and television transmission will also be affected.”

He continued, “I think that we are facing a new world of football, we will need for many years to return to the same condition of football in 2019, unfortunately,” and concluded his words by saying: “This talk does not include Almeria Club, God willing.”

And Spanish press reports revealed that Al-Sheikh, the owner of the Almería club, who plays the second-tier club, refused to reduce the salaries of players and employees in the club, despite the cessation of sports activity, in light of the outbreak of the Corona virus, despite the trend of many European clubs , To reduce the salaries of its players, during the current period, in light of the economic crisis afflicting most clubs, due to the cessation of sports activity.

According to the famous Spanish “El Cheringito” program, the Sheikh of Al-Sheikh issued instructions not to reduce the salaries of the team players and employees, until the end of the crisis of the outbreak of the new Corona virus.

Turkish Al-Sheikh donated one million and 200 thousand euros, in order to fight against the Corona virus, in the province of Andalusia, the stronghold of Almeria Club, which is ranked third in the Spanish second-tier league table with 50 points, while the Cadiz team leads the competition with 56 points.

The Corona virus outbreak caused all major European leagues to be temporarily suspended in order to protect against the spread of the virus, especially as sporting activities witness large crowds of fans.