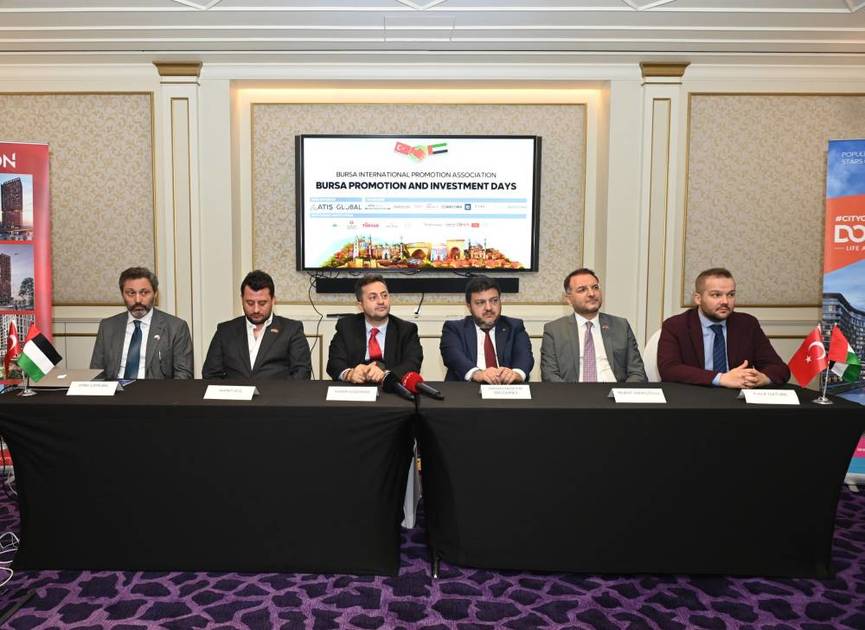 The Turkish “Atish Yapi” group of companies held a press conference at the Palazzo Versace Hotel, in the presence of many official bodies and elite Turkish businessmen, including Rahim Albayrak, head of the Investment Office of the Presidency of the Republic, Hassan Hussein Erdonmez, deputy mayor of Osman Ghazi, Murat Sarajoglu, head of the Turkish Municipality. Tursab and Dr. Emre Kamlibel, founder of Riyabi Investment Portfolio Management Company, on the sidelines of the group’s participation in “Cityscape”

The conference dealt with the volume of huge Emirati investments in Turkey, especially after the UAE ranked first on the list of Arab countries, with a value of $4.3 billion. The value of trade between Turkey and the UAE in the first half of 2021 amounted to more than $7 billion, with a growth of 100% compared to the same period in 2020, according to official statistics.

Ahmed Atish, Chairman of the Board of Directors of the “Atish Yapi” group of companies, confirmed the increasing demand by Emirati investors in Bursa during the recent period, adding: “The total sales value of the Atish Yapi company to Emiratis has amounted to more than $20 million since the beginning of the year 2022.” A variety of investments in various sectors, including real estate, commercial and tourism, and we are happy and proud to welcome all Emirati investors to Turkey in general and Bursa in particular, especially in light of the political and economic openness that the two countries are currently experiencing.

Atish also emphasized that most businessmen follow the approach of developing economic relations between the two countries to strengthen the bonds of cooperation and love between the UAE and Turkey, as Turkish contracting companies have undertaken the implementation of 141 projects in the UAE, worth $13 billion.

In turn, Rahim Al-Bayrik, Head of the Investment Office of the Presidency of the Republic, spoke about the importance of partnership between Emirati and Turkish investors. On the commercial level, trade exchange between the two countries nearly quadrupled from $2.7 billion in 2010 to $8.8 billion in 2020.

While Hassan Hussein, Erdonmez, deputy mayor of Osman Ghazi municipality, noted the diversity of Turkish-Emirati investments, which include food, pharmaceutical, medical, consumer goods and ports, as well as pumping investments into other sectors.

Murat Saragoglu, Chairman of TURSAB, said: “The UAE and Turkey are two preferred tourist destinations, especially thanks to the stability experienced by the countries and the rich resources that characterize them. Visitors to the two countries decide to move to live in them and start working and investing.”

Dr. Emre Kamlibel, founder of Riabi Investment Portfolio Management Company, stressed the strength of the economic relations in which Turkey and the UAE are flourishing in the investment and trade sectors, which is a positive indicator that opens horizons and doors for new job opportunities and the formation of a solid strategic partnership.

4 daily behaviors that harm the kidneys

Clippers eclipse Suns with Paul George at its zenith