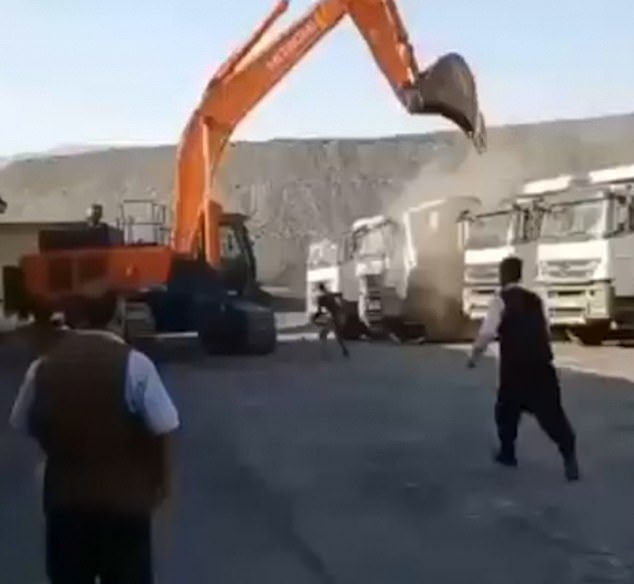 Exclusive translation: The British newspaper, the Daily Mail, published a shocking video clip of an angry coal miner smashing transport trucks with a 40-ton excavator, claiming that his boss had not paid his wages for a month.

The video showed the man driving his giant machinery toward a row of dump trucks at the mine near Mount Cody, in Turkey’s Sirnak province last month.

The excavator driver targeted the trucks, crushing them and causing extensive damage, with each truck valued at around £100,000.

The excavator driver’s colleagues intervened and were able to convince him to get out of his mechanism and stop destroying the trucks. 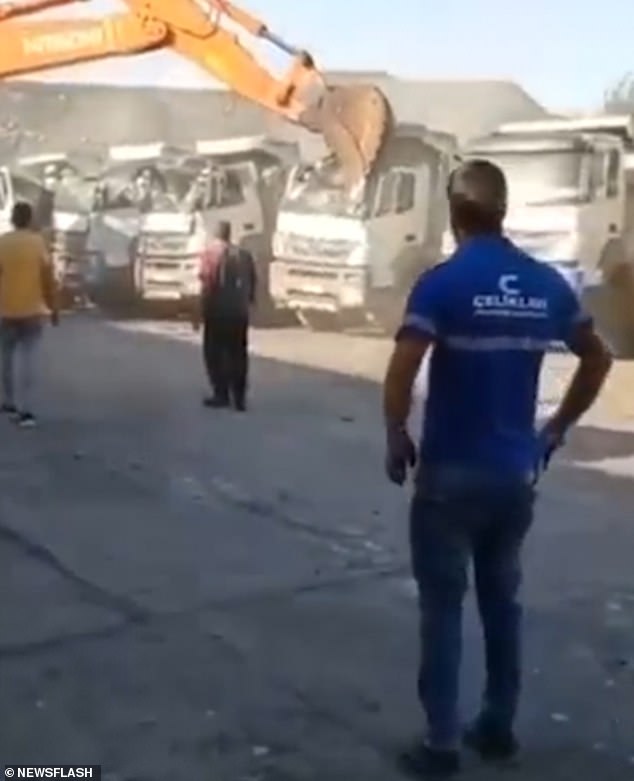 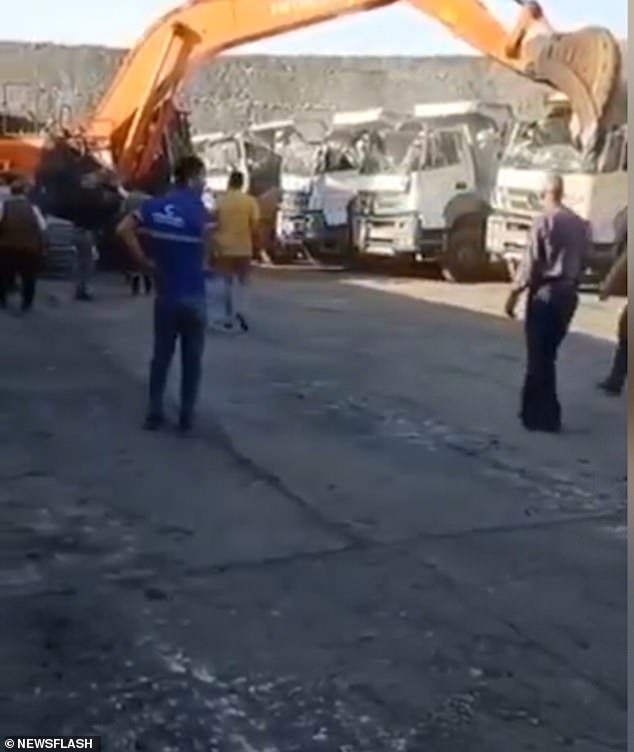