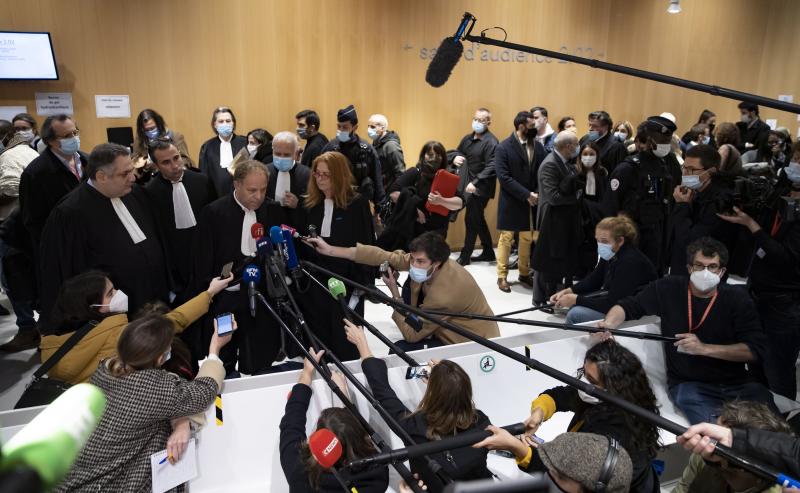 The accomplices of the terrorists who in January 2015 killed 17 people in their attacks against the satirical magazine Charlie Hebdo, against a police officer and against a Jewish supermarket in Paris, were sentenced today to sentences of from four years in prison to life imprisonment. , including two 30-year sentences.

This trial began on September 2 and placed 11 of the 14 defendants in the dock with varying degrees of responsibility in providing logistical or financial assistance to the brothers Saïd and Chérif Kouachi, who executed the attack on Charlie, and to Amedy Coulibaly, the author. of the other two attacks. All of them were killed by the police.

The harshest sentences included two of the three defendants in search and arrest warrant, Mohammed Belhoucine, who received life in prison, and Hayat Boumedienne, sentenced to 30 years in prison, the same as Ali Riza Polat, the only one considered. direct accomplice of the three terrorists.

The French National Antiterrorist Prosecutor’s Office had requested sentences of 5 to 20 years for the rest of those involved and the Special Criminal Court this Wednesday did not comply with that request, considering that the participation of six of the accused present in a criminal organization of criminals did not have terrorist purposes.

The first attack, that of Charlie Hebdo, was perpetrated by the Kouachi brothers on January 7 and killed 12 people. A day later, in coordination with them, Coulibaly murdered a police officer and the next day he held a dozen people in a Jewish supermarket and murdered four.

The process of these attacks has not cleared up all the unknowns and the defense of those convicted has complained in these three months that their clients were seen from the beginning as alleged culprits.

«What the sentence reflects is that without this nebula of people more or less close to the terrorists there will be no attack. That anyone who participates in this nebula can be sanctioned very severely, “concluded Charlie Hebdo’s lawyer, Richard Malka, at the end of the session.