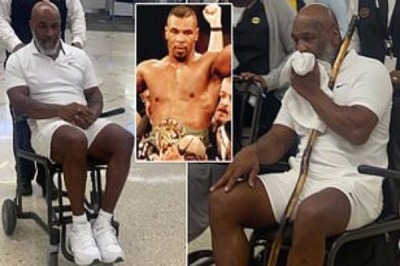 Translation exclusiveBoxing champion Mike Tyson said sciatica was the reason he was filmed in a wheelchair last month.

Mike Tyson revealed that he suffers from a rare health condition called sciatica, after pictures surfaced showing the former heavyweight champion in a wheelchair.

Concerns about Tyson’s health escalated last month when photos from an airport showed he was seated in a wheelchair while also holding a cane.

“I’m great now, everyone in my house is really lucky and we’re all so grateful for everything we have,” Tyson said.

The condition affects the nerve endings in the body, and Tyson appears to be suffering from complications related to his back.

Russia and Ukraine: Erdogan “believes” that Vladimir Putin wants to end the war as soon as possible