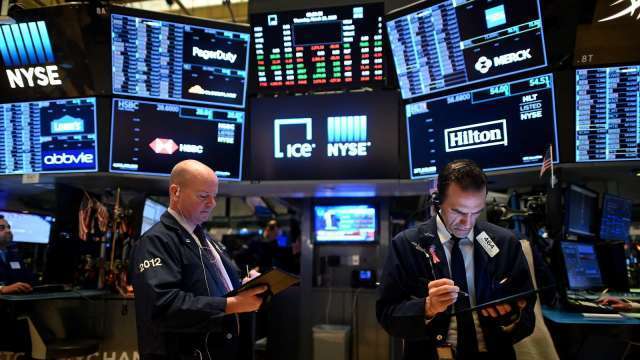 Data released by the United States showed that although inflation slowed down in May, it was still close to a 40-year high, and the trend has not been completely reversed. Last week, the number of people receiving unemployment benefits was higher than market expectations, and consumer spending unexpectedly shrank in May. US stocks on Thursday ( 30) opened lower and lower.

The US Department of Commerce announced today that the core personal consumption expenditures (PCE) price index in May increased by 4.7% year-on-year, both lower than market expectations of 4.8% and the previous value of 4.9%. The growth rate was the lowest since November last year. The index rose 0.3% month-on-month, below expectations for a 0.4% increase and unchanged from the previous reading.

Another data released on the same day showed that personal income in the United States increased by 0.6% in May, lower than the expected 0.7%, but slightly higher than the previous value of 0.5%; personal consumption expenditure in May increased by 0.2%, lower than the expected 0.4%. The pace of spending has slowed significantly, with spending growing at a slower pace than income growth for the first time since December.Adjusted for inflation, real personal consumption expenditures rose at -0.4% in May, the first drop this year.

In addition, the number of initial claims for unemployment benefits fell slightly last week to 231,000, higher than market expectations of 228,000, and still near a five-month high, underscoring that labor market tightening is easing. Continuing claims for unemployment benefits were reported at 1.328 million last week, higher than market expectations of 1.31 million.

Traders have ramped up bets that the global economy will succumb to central bank tightening, arguing that policymakers will eventually change their stance. The bond market turned to expectations that the Federal Reserve (Fed) will cut rates by two yards (50 basis points) sometime in 2023.

Walgreens Boots Alliance, a U.S. pharmacy chain, announced its financial results for the last quarter before the market, with revenue of $32.6 billion and adjusted earnings per share of $0.96, both better than market expectations of $320.6 and $0.92, mainly due to the rebound in retail sales, Increased online purchases and boosted by Covid-19 vaccinations. In addition, the company also kept its annual guidance unchanged, forecasting adjusted earnings per share to grow in the low single digits.

Spirit Airlines announces it will vote with Frontier Airlines (ULCC-US) shareholder meeting of the proposed merger was postponed again to July 8 to allow for a merger with Frontier and rival JetBlue Airways (JBLU-US) to discuss options further. This is the second time Spirit has delayed a vote on a planned merger with Frontier, and it prolongs a highly contentious battle rarely seen in U.S. aviation in years. In addition, Frontier and JetBlue both raised their bids in the week leading up to the scheduled polling day.

New crown vaccine maker Pfizer and its partner BioNTech (BNTX-US) announced a new coronavirus vaccine supply deal with the U.S. government worth a total of $3.2 billion. The U.S. government is currently fully preparing for a possible increase in the new crown epidemic this fall.

Under the new agreement, the U.S. government will first receive 105 million doses (30µg, 10µg and 3µg) of Pfizer’s BNT vaccine. It is reported that the order may include an adult new crown vaccine against the Omicron variant. The U.S. Food and Drug Administration (FDA) had previously recommended a new vaccine against Omicron this fall, but it has not been officially approved.

Esty Dwek, chief investment officer at Flowbank SA, said the market was concerned about economic growth as central bankers continued to stress that reducing inflation was their primary objective but could take time. “We haven’t seen a full market capitulation yet, so there’s potential for further declines,” Dwek said.

Some analysts are expecting a rebound in the second half of the year as investors fret over a sharp slowdown in the global economy due to tightening by central banks.

“It’s not that we think the world and the economy are in good shape, it’s that the average investor expects an economic catastrophe, and if that doesn’t happen, the risky asset class could go from bad to worse,” JPMorgan wrote in a research note. recovery from most of the losses in the first half.”

End of thermal cars in 2035: Belgium faces the challenge (and problems) of massive electrification