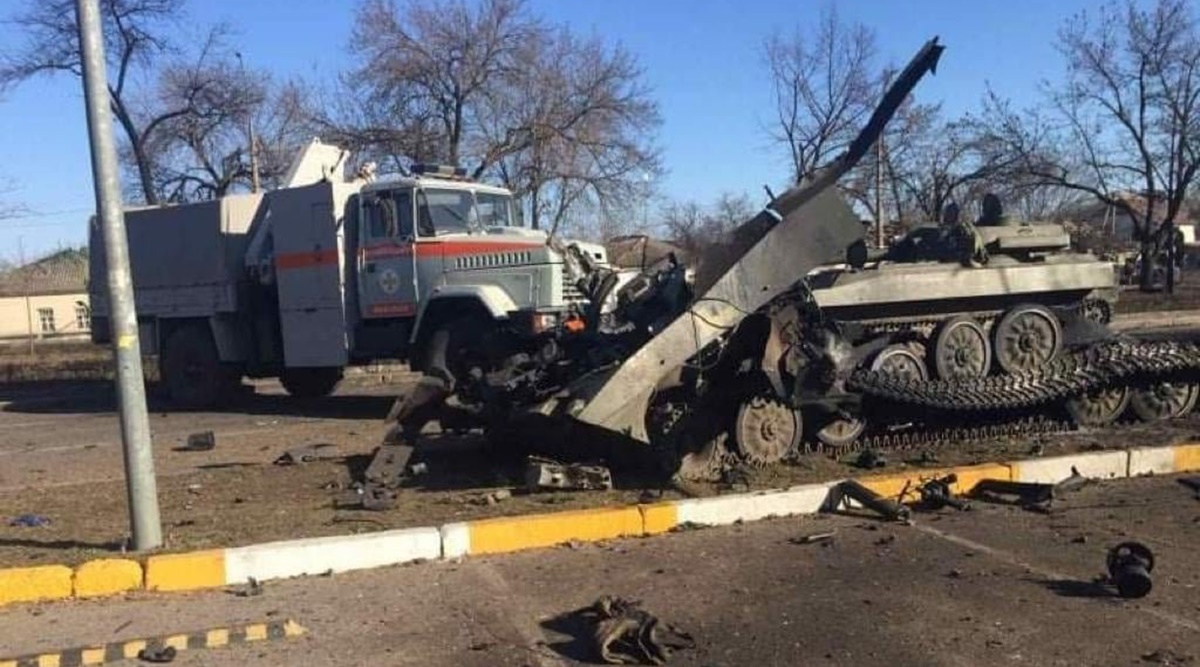 Ukraine’s Interior Ministry says 352 civilians, including children, have been killed so far in the Russian offensive

Kyiv: Several people were killed in a rocket attack by Russian forces in the Ukrainian city of Kharkiv on Monday morning, Ukrainian Interior Ministry adviser Anton Herashchenko said. “Rockets have been fired heavily at Kharkiv,” he said. Dozens died. Hundreds were injured, ”he said in a Facebook post.

Earlier, Reuters reported that talks between Ukraine and Russia had begun on the Belarusian border, citing Ukrainian presidential adviser Mikhail Podoliak. Earlier in the day, the president’s office announced that Ukraine’s goal was an emergency ceasefire and the withdrawal of Russian troops from Ukraine.

Meanwhile, the UK intelligence agency said in a statement that Russia’s attack had slowed down due to Ukraine’s resistance. The Russian military said in a tweet that it was 30 kilometers north of Kiev. Clashes continue in Kharkiv and Chernihiv, but the cities are still under Ukrainian control, the tweet said.

The world is watching the talks between the two countries as the Russian occupation of Ukraine enters its fifth day. The crucial meeting will take place on the Belarusian-Ukrainian border near the Pripyat River. Ukrainian President Volodymyr Selensky announced yesterday that he was ready to send a representative.

Ukraine’s Interior Ministry says 352 civilians, including children, have been killed so far in the Russian offensive. 1,684 people were injured, including 116 children. But the ministry did not say how many people were killed in the Ukrainian army.

An urgent meeting of the United Nations Security Council will be held in the context of the efforts of the world community to isolate Russia. It is learned that all the 193 members will inform the House of their position on the war. India abstained from voting for the emergency meeting.

Meanwhile, the United States and NATO have condemned Russian President Vladimir Putin’s order to be ready for nuclear weapons. The U.S. response was that it was an unacceptable move on the part of Russia. Russia is trying to capture the capitals, Kiev and Kharkiv.

On Thursday morning, Russian President Vladimir Putin ordered a military coup in Ukraine. Shortly afterwards, there were missile strikes in various parts of Ukraine. Russian troops then entered Ukraine across the border and intensified the offensive.