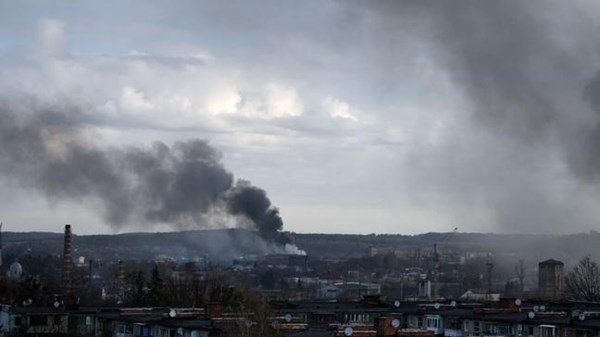 On Friday, the General Staff of the Ukrainian army quoted Ukrainian officials as saying that heavy fighting is still continuing in the Donbas region in the east of the country, while Russia is carrying out an offensive in the Lysychank and Severodonetsk regions.
According to Kiev, the Ukrainian forces managed to repel the attack in “Severodonetsk”, but fighting is still going on in the suburb of “Toshkivka”.
However, the Russian offensive did not make much progress, according to a Kiev report on the situation.
No further territorial gains were reported in the Kharkiv region, where Russian forces are focused on defending their front lines.
The reports could not be independently verified.
In Mariupol, an unknown number of Ukrainian troops remain inside the Azovstal steel plant. The British Ministry of Defense said on Friday that once Moscow took control of the port city, the forces were likely to step up operations in the Donbass.
Because of the strong Ukrainian resistance in Mariupol, Russian forces must be re-equipped before they can redeploy, which can be a lengthy process.
However, according to the report, Russian leaders are under pressure to achieve goals in the theater of operations.
“This means that Russia is likely to rapidly redistribute its forces without sufficient preparation, which leads to a further drain of force,” the report added.

Lebanon – The loaf crisis is receding