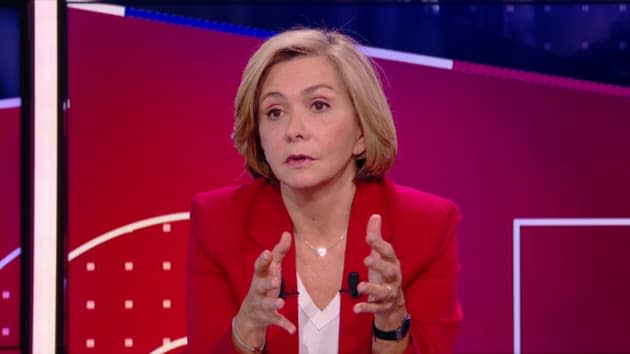 The Republican presidential candidate, losing ground in the polls, answered questions from BFM journalists on Wednesday evening for more than two hours.

In the trough of the polling wave, while her campaign is going through turbulence, Valérie Pécresse answered this Wednesday evening for more than two hours to questions from journalists from BFMTV and BFM Business in Facing BFM.

Ukrainian crisis, revelations of Release questioning the sincerity of the vote at the congress Les Républicains (LR)… Summary of the highlights of the performance of the presidential candidate.

“We are 50 days away from a ballot where the future of France will take shape, and today, what are we still going to talk about? Of manipulation, of grotesque destabilization”, reacted, visibly annoyed , Valérie Pécresse, a few hours after the revelations of Release. The newspaper published an investigation which tends to cast doubt on the sincerity of the ballot which nominated her as LR presidential candidate.

“This primary, it was exemplary, it took place without any dispute”, judged the president of the Île-de-France region, recalling that “the LRs decided to attack Liberation” in court.

Victim of manipulation, implies the candidate? “You don’t just have friends when you want to become President of the Republic, and that doesn’t prevent you from running the country,” she lashed out.

Asked more specifically about “Douglas”, the dog from the Alpes-Maritimes which, according to Release was registered on the electoral lists of LR, Valérie Pécresse evoked a “hoax”: “That there can be a hoax in a primary, it can happen. But that does not call into question the sincerity of the ballot.”

• Macron still not a candidate: Pécresse denounces “a scandal”

Although Emmanuel Macron is not yet officially a candidate for re-election at this stage, a meeting of the current President of the Republic has already been announced for March 5 in Marseille. “We are finally going to talk about his balance sheet,” rejoiced Valérie Pécresse.

“I’m asking for a debate with Emmanuel Macron. When you arrive in the countryside on March 5 and the elections take place on April 10, it’s a matter of decency, we must at least have a debate on the merits,” he said. – she continued.

“Besides, it is a scandal that one can declare one’s candidacy so late. If I am President of the Republic, I will change the rules, it will not be a month and a half before the filing of candidacies, it will be at least three or four months before. We need to have this time for democratic debate”, insisted Valérie Pécresse.

Asked about the Ukrainian crisis, Valérie Pécresse called for the application of sanctions against Russia, after Vladimir Putin recognized the sovereignty of Donetsk and Lugansk, two separatist republics in eastern Ukraine. It should be noted that sanctions have already been decided unanimously by the 27 Member States of the European Union.

“Today, we don’t know what exactly Vladimir Poutine wants”, acknowledged Valérie Pécresse. “The recognition of these two republics is a provocation”, continued the candidate. “We need preventive sanctions, sanctions that strike hard, to tell Vladimir Putin ‘Don’t move forward!'”, advocated the candidate, while acknowledging that she would not “oppose

To punish Russia, the West will have to pay a price (Analysis)