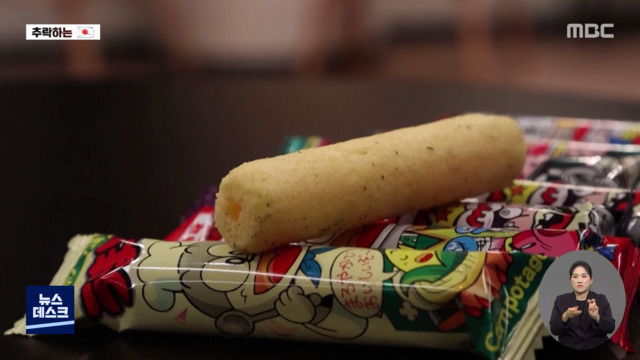 Called Japan’s national confection, the price of this snack, which has been 10 yen for over 40 years, has recently risen to 12 yen.

I wondered if it would be a big deal to raise only 20 won with our money, but Japan was in shock.

This is because it is a symbolic aspect of the Japanese economy today, which is unfamiliar.

Prices go up, but the economy doesn’t survive.

There are even pessimistic forecasts that the Japanese economy will shrink.

What should we see here?

First, let’s take a look at the report by Correspondent Hyung-jun Hyun in Tokyo.

A supermarket in Nagoya, Japan.

The price of avocados, an imported fruit enjoyed by Japanese people, has risen significantly.

The price of a popular food, Western yellowtail, also jumped by 30%.

This is because imported feed, which is defense food, has become more expensive.

The price of all imported goods soared as transportation costs rose due to the rise in international oil prices and the exchange rate exceeded 130 yen per dollar.

Even Japan’s representative national confectionery could not avoid price hikes.

“It’s very difficult to go up to 2 yen. I especially like the taste of Umaibong pollack.”

It was unable to withstand the pressure of rising raw material costs such as US corn and vegetable oil.

Japan’s Coca-Cola also raised the price of Coca-Cola 1.5-liter and 2-liter drinks by 5 to 8% as plastic bottles became more expensive due to the rise in the cost of plastic.

“The war (Ukraine) has started, and the prices of flour, diesel, and electricity are going up… I think it’s all going up.”

As international energy and grain prices rise and the yen rises, inflation in all directions in Japan is expected to continue for the time being.

An analysis came out that the average cost of living per household in Japan would cost 60,000 yen a year, or about 580,000 Korean won more, due to inflation.

This is Young-Jun Hyun from MBC News from Tokyo.