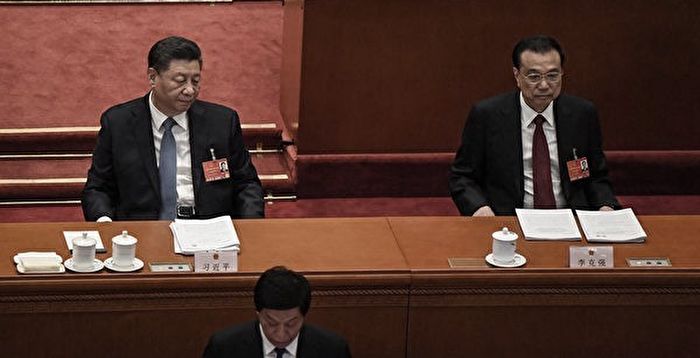 [Epoch Times, May 14, 2022](Comprehensive report by The Epoch Times reporter Ning Haizhong) Chinese PremierLi KeqiangSince the end of April, 3 degrees have emphasized “stabilizing employment” in the meeting. According to Hong Kong media analysis, this shows that the challenges of China’s employment situation cannot be underestimated.unemploymentThe high-level divisions behind the issue and the authorities’ fear of regime instability also drew attention.

Hong Kong’s Ming Pao reported,Li KeqiangThe three recent occasions where “employment stabilization” was mentioned were at the executive meeting of the State Council of the Communist Party of China on April 27, in which it was mentioned that “it was decided to strengthen the policy of stabilizing jobs and promoting employment”. The second time was at the National Employment Stabilization Video and Telephone Conference on May 7, stating that “the current employment situation is complicated and severe.”

At the executive meeting of the State Council of the Communist Party of China on May 11, Li Keqiang also demanded that “fiscal and monetary policies should be oriented by giving priority to employment.”

“Ming Pao” quoted an analysis that Li Keqiang mentioned “stabilizing employment” three times within half a month, which shows that the challenges facing China’s employment situation should not be underestimated. One of the reasons is that the COVID-19 (CCP virus) epidemic and the Russian-Ukrainian war have exacerbated the downward pressure on China’s economy. The second reason is that the number of graduates from colleges and universities in China in 2022 is expected to reach 10.76 million, breaking the tens of millions for the first time. closed, an annual increase of 1.67 million.

Wu Aihua, deputy director of the Department of College Students of the Ministry of Education of the Communist Party of China, recently admitted that graduates of Chinese colleges and universities (universities) this year are facing multiple employment pressures, and the degree of difficulty is even higher than that of graduates in 2020, and the anxiety of graduates has increased.

Official data from the Chinese Communist PartyunemploymentThe rate climbed to 5.8% in March, the highest level since May 2020. But the CCP often falsifies data, and the outside world believes that the real number of unemployed is higher.

Li Keqiang once said that “there are 200 million people in flexible employment across the country”. “Flexible employment personnel” is a new term invented by the CCP, referring to people who do not have regular jobs and are actually precarious.

At present, most parts of the world are gradually returning to normal life, but the CCP insists on promoting the “zero policy” and prohibits voices against the policy. Shanghai, Beijing and other big cities are all under blockade.

At the Standing Committee of the Political Bureau of the Communist Party of China on May 5,Xi JinpingIt emphasized the need to unswervingly adhere to “dynamic clearing” and “resolutely fight against all words and deeds that distort, doubt, and deny China’s epidemic prevention policy”, but did not mention how to reduce the damage to the economy.

The discord between Xi Jinping and Li Keqiang has often attracted the attention of the outside world.

Bloomberg quoted Rhodium Group senior analyst Jordan Schneider as saying that Li Keqiang “represents the technocrats in the system and is very frustrated with the promise of how to do zero”, “Li is trying to get cadres (in zero) while also considering economic and public health aspects.”

Yokogawa, an expert on China issues, said in the video program that Xi Jinping is defending the CCP’s anti-epidemic policy and has raised it to the height of the line struggle, indicating that the struggle within the party is fierce, not only among the people, but even at the top of the party against the current anti-epidemic model. Many objections.

Current affairs commentator Li Linyi told The Epoch Times on May 10 that Xi’s speech to the Communist Youth League was in essence out of fear of political instability. The “June 4th” movement in 1989 hit the CCP, but it also made the CCP doubly wary of the possible impact of youth on the regime.

Americans felt ashamed after Biden’s slip. “He was lucky that they put a sheet of paper in front of him”