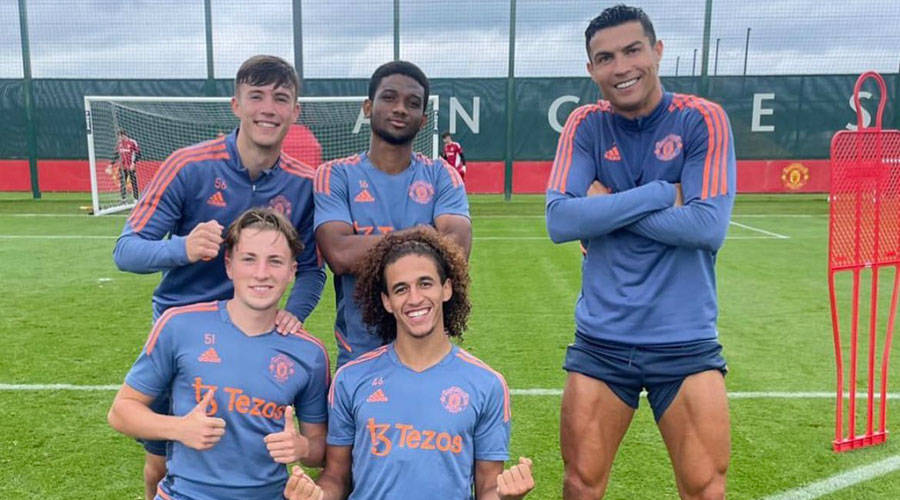 Manchester United lost to Atletico Madrid, with the goal of Portuguese Joao Felix, in a friendly match held between them in Oslo, as part of the two teams’ preparations for the start of the season.

Portuguese star Cristiano Ronaldo missed the match against Atletico, but then appeared happy in the training of the reserve team for Manchester United, which gave a positive indication to the fans of the “Red Devils” despite the request of the “Don” to leave.

This is the first time that Ronaldo has trained with Manchester United this season, and on Sunday, he will play a friendly match with the reserve team against Rayo Vallecano.

And the best player in the world five times broke his silence on Friday evening, when he wrote on “Instagram”: “Sunday, the king will play,” in reference to the friendly meeting scheduled at “Old Trafford” against the Spanish team.

Ronaldo wrote this sentence in Portuguese in response to a post about his absence from the weekend’s matches against Atletico and Vallecano.

The Portuguese also missed the preparatory round for United in Thailand and Australia for “family” reasons, and returned last Tuesday to the club’s training headquarters to hold talks with the new Dutch coach, Ten Hag, about his future with the “Red Devils”.

Ronaldo wants to leave the club he returned to last year after failing to qualify for the Champions League.

Meet the most prominent French miniature artist of the 15th century