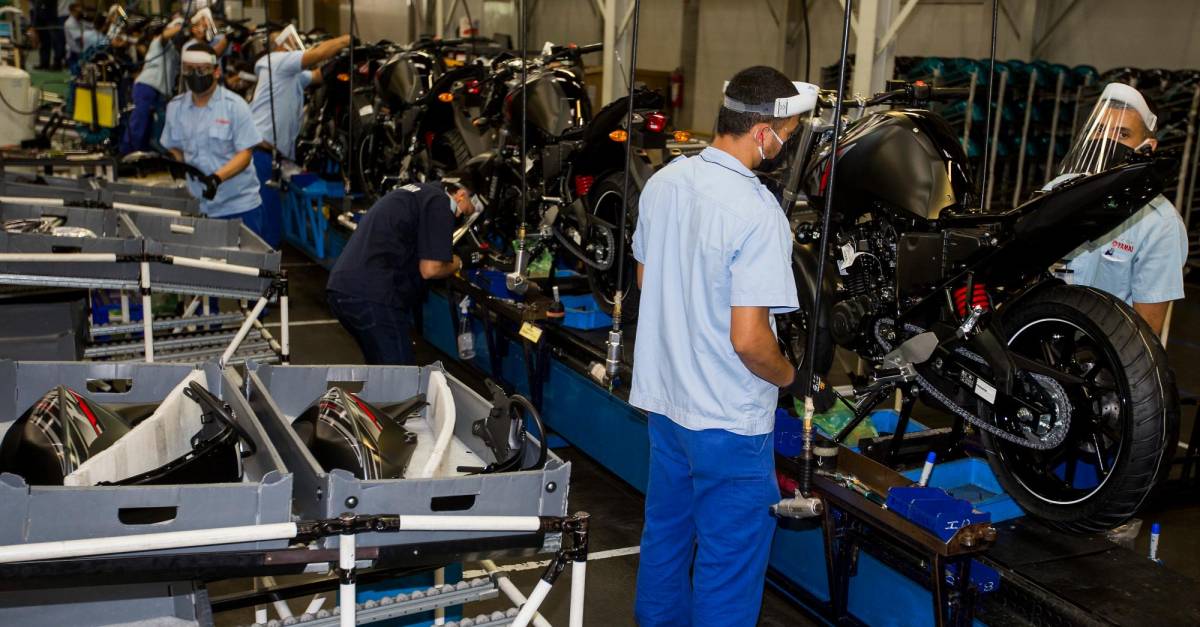 When the Yamaha brand arrived in Colombia in 1975, people knew little or nothing about these devices. and a man from Antioquia would have the mission of boosting sales and positioning the brand.

It is Don Francisco Sierra, whom history can recognize as the architect of the success that this team has had in Colombia. When he worked for Coltejer, Carlos Ardila Lülle (QEPD) entrusted him with the mission of closing the deal with the parent company in Japanso that the business conglomerate could assemble their motorcycles in Colombia.

Don Francisco already had experience dealing with the Japanese, because years before this assignment he had learned from them how to manufacture the plastic boxes that Postobón used to distribute his soft drinks. That is to say, he already knew the way in which the Japanese did business.

His work as an emissary was a complete success and, after the approval of the Yamaha owners and the Colombian government, everything was ready to start assembling the bikes. However still The distribution chain needed to be shaped because, as mentioned at the beginning, these machines were unknown in the country.

“Promoting something that people don’t know about is very difficult. I went out with a megaphone through the cities of Colombia to ask who wanted to be a Yamaha distributor and we began to prepare all that network”, narrated the pioneer.

That challenge was also overcome and the brand began to manufacture and market the legendary DT 175. In those early years the RS 100 was also assembled., models that, in the words of Mr. Francisco Sierra, “sold out very quickly. We were doing tests and we realized that the product could be popular”.

The strategy to massify consumption was a masterful move: instead of attacking the popular layers of society, it was decided to take the product to the business class, since the hypothesis that was handled at that time was not unreasonable: “Those from below they try to imitate those above, but those above never try to imitate those below.”

That outpost of marketing it worked and, over the years, Yamaha became an aspirational brand. The young people of those first decades longed to own a DT, an XT 500, one of the RX (100, 115 or 135) or a Calima.

When the textile decline began in Colombia, Mr. Francisco Sierra bought the operation from Coltejer and became the owners of Incolmotos, the plant in charge of assembling the Yamahas in Colombia.

“It was a business that I had created, I knew it and it was easy to keep running it”recounted the forerunner of Yamaha in Colombia when we asked him if he did not feel nervous knowing that the factory would already be on its own.

“When one sets out to do something in life, he gets it done. And I set out 46 years ago that Yamaha had to be number one in Colombia”, remarked Don Francisco Sierra, who is thanked by fans who know him for having made it possible for the “beauties of Japan” to arrive in Colombian territory. .