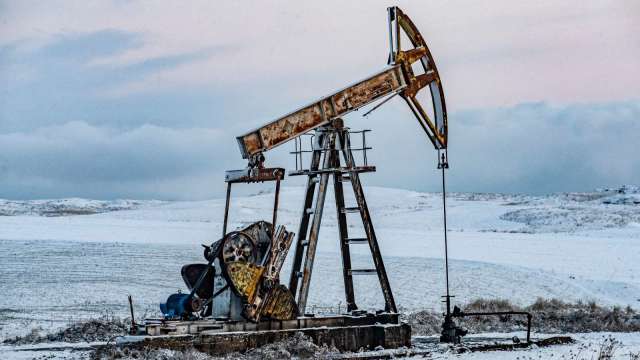 Crude oil futures closed higher for a second day on Monday (27th) as better-than-expected U.S. economic data eased some worries about the prospect of slowing energy demand. Traders are also eyeing talks at the G7 summit to see if the G7 intends to take additional action against Russian crude.

Oil prices rose on upbeat U.S. economic data, with durable goods orders rising 0.7% in May, ahead of economists polled by The Wall Street Journal (who had expected a 0.2% rise). Separately, pending home sales rose 0.7% in May.

He believes last week’s closing low near $104 will be a key support point to watch. “A break below this support would turn the technical outlook from bullish to neutral in the weeks and months ahead.”

The G7 will announce a deal to impose price caps on Russian oil, a U.S. official said on Monday, aimed at curbing Russia’s energy revenue and propping up some of Ukraine’s actions in the four-month-long war between Russia and Ukraine, other actions include raising Russia’s tariffs on goods and new sanctions targeting hundreds of Russian officials and organizational entities.

“While G7 discussions focused on capping Russian oil prices, providing support on the supply side, demand destruction concerns are escalating,” Zaner analysts wrote in a Monday report. “The embargo on Russian oil is a major misstep as major buyers are not willing to punish Russia for this.”

Carsten Fritsch, commodities analyst at Commerzbank, said it was questionable whether countries such as India and China would agree to stop buying Russian oil, especially now that Russian oil is cheap and well below global market prices. Instead, India ignored Western sanctions and helped Russia continue to sell oil.

Meanwhile, the Organization of the Petroleum Exporting Countries and its allies, known as OPEC+, are expected to meet this week to review the market and decide on oil production levels.

OPEC members such as Saudi Arabia and the United Arab Emirates (UAE) have the ability to ramp up production, but collectively, OPEC+ members have been falling short of their collective production targets.

Reuters reported on Monday that OPEC+ lowered its forecast for a glut in the oil market this year to 1 million bpd from an earlier estimate of 1.4 million bpd.

Traders continued to await weekly oil supply data from the Energy Information Administration (EIA). It was due to be released last Thursday, but the EIA said late Wednesday that it had to delay the release of the data due to “system issues” and that the expected release date is now marked “pending.” The EIA said on Monday that it had identified the problem as a “voltage anomaly” that caused hardware failures on two of its main processing servers.

“If the data continues to be delayed, uncertainty on the supply side could drive further gains in the coming sessions,” said Richey of Sevens Report.

the funeral will be held on Friday