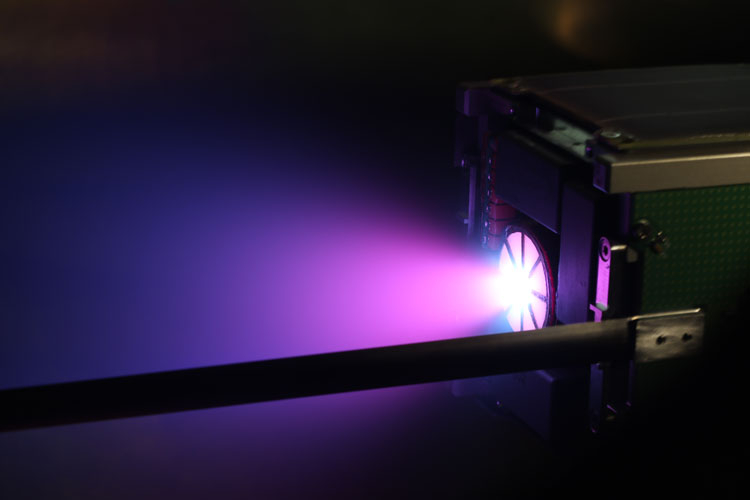 Laboratory of Plasma Rocket Engines of the LaPlaz Institute of National Research Nuclear University MEPhI completed fire tests of the power plant as part of the CubeSat 3U nanosatellite. The tests allowed scientists to check the electromagnetic compatibility of the engine with other systems of the spacecraft and, first of all, with the electronic components of the satellite’s onboard system. Everything worked flawlessly, which allows us to move on to testing in space.

“According to the test results, we did not reveal any negative impact of the engine on the satellite systems. Neither during testing, nor during the subsequent thorough check in the manufacturer’s laboratory, we did not find any breakdowns or malfunctions in the operation of electronic components. This means that the propulsion system is completely ready for operation in real space flights,” – said Igor Egorov, head of the laboratory of plasma engines of the LaPlaz Institute.

The VERA (Volume-Effective Rocket-propulsion Assembly) plasma propulsion system is unique in that it will serve nanosatellites weighing up to 4 kg. Today, the electronic base of components makes it possible to assemble many compact platforms for communication and remote sensing of the Earth. But in order to move all this in orbit and de-orbit at the end of operation, so as not to increase the volume of space debris, special engines are needed – compact, efficient and of sufficient power. The VERA engine meets all the conditions set, and fire tests as part of the assembled satellite proved its safety for on-board electronics.

In particular, the main concerns of researchers were caused by the receiver of the automatic identification system (AIS), since its antenna falls into the area of ​​u200bu200bthe plasma jet of the engine. According to the test results, these concerns were discarded.

Later this year, two VERA plasma thrusters as part of nanosatellites will fly on a Soyuz-2 rocket into a sun-synchronous orbit. Their task is to breed nanosatellites that track the movement of ships in the orbital plane in order to increase the observation area. In the future, such cubesats will help create a constellation of dozens of nanosatellites, which will daily collect and transmit to the control center data on the movement of all civilian ships throughout the Earth.