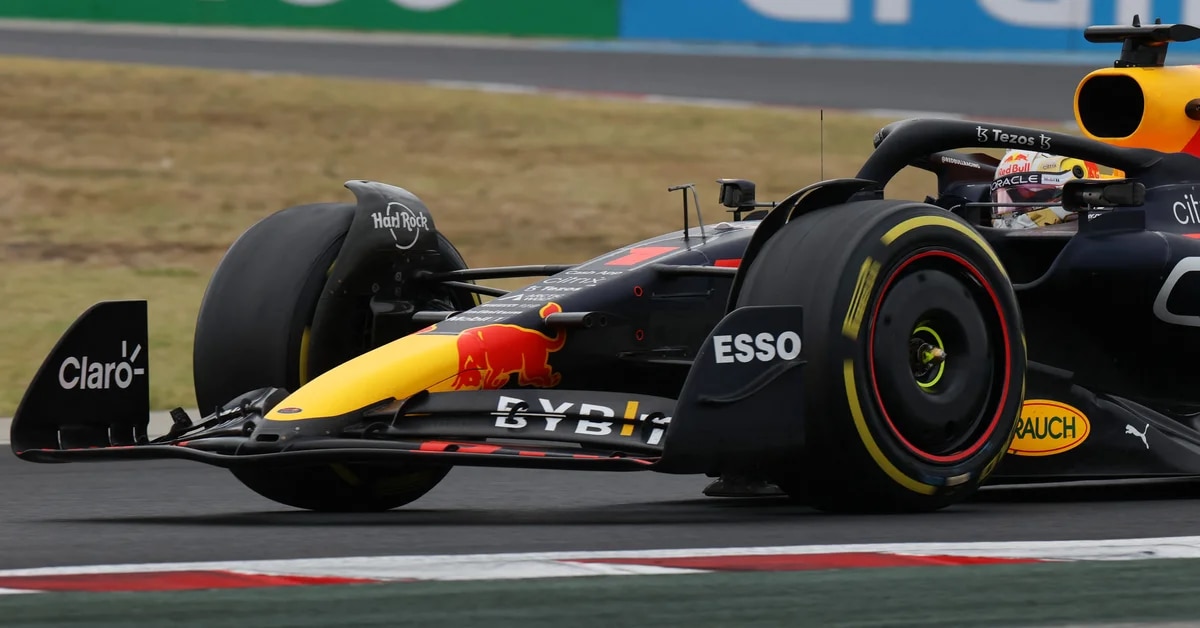 This Sunday Max Verstappen revalidated his laurels with a superb job in the Hungarian Grand Prix in which he achieved his eighth victory of the season and moved away at the top of the championship. the dutch of Red Bull started ninth, advanced and fought for the lead with Charles Leclerc what a pity for the bad strategy of Ferrari and finished sixth. The podium was completed by the pilots of Mercedes, Lewis Hamilton y George Russell.

On lap 17 the stops began in the pits to change tires and Russell (medium compound) entered first. In the same lap Verstappen did it (medium compound). On the next lap Sainz (middle) did the same and Leclerc was the leader of the competition, but when he complied with his arrest (middle), Russell took the lead again.

But Leclerc was second and reduced differences with Russell, he was in the DRS zone (less than a second difference) and they had an interesting fight for three laps (from 28 to 30). After completing lap 31, the Monegasque made a great maneuver in which he stretched the braking and in the first corner he accounted for the British.

Since Leclerc took the lead he took differences from Russell and after four rounds already it was half a second the gap between them.

Then Verstappen, who had tires with more temperature and grip on the track, accounted for Leclerc in a demanding overcoming in which he passed very close to the inner side and avoided a touch between them. But on the next turn the dutch spun and lost ground. Leclerc recovered the third position. In front were Sainz and Lewis Hamilton (Mercedes), but both owed a stoppage in the pits.

Although Verstappen did not give up and on lap 45 he offered his show again with a spectacular overcoming of Leclerc in which he showed him and put the car on the outside, but then he put it in the internal sector and after the first corner he recovered the third position.

Sainz entered to change the tires and Hamilton was left as a pointer, but the British must comply with his second arrest. Behind the race was Verstappen and Leclerc as the main protagonists.

On lap 52 Hamilton complied with his stop and Verstappen (who is on medium tires) was left as the leader in front of Leclerc, who with hard tires complicated the traction of his car and demonstrated the Scuderia’s strategy error. In fact, he then lost his place to Russell and when he made his second stop (soft tires), he was sixth.

Hamilton returned to the track with soft tires and had better grip on the asphalt, which allowed him to advance to the point of overtaking Sainz on lap 63 and two later he did the same with Russell.

On the penultimate lap there was a virtual safety car and it started to rain which gave drama to the finish, but this did not affect the success of Verstappen, who achieved his eighth victory of the season and extended his advantage at the top of the championship. The podium was completed by Hamilton and Russell. Leclerc’s sixth place finish meant a Sunday to forget after a poor strategy by Ferrari.

Now F1 has entered a summer break and will return to action on August 28 with the Belgian Grand Prix at the historic Spa Francorchamps Autodrome.

TOP 5 OF THE WORLD RANKING

Details of the fire in SNT Energetik near Novosibirsk on July 31, 2022 | NHS