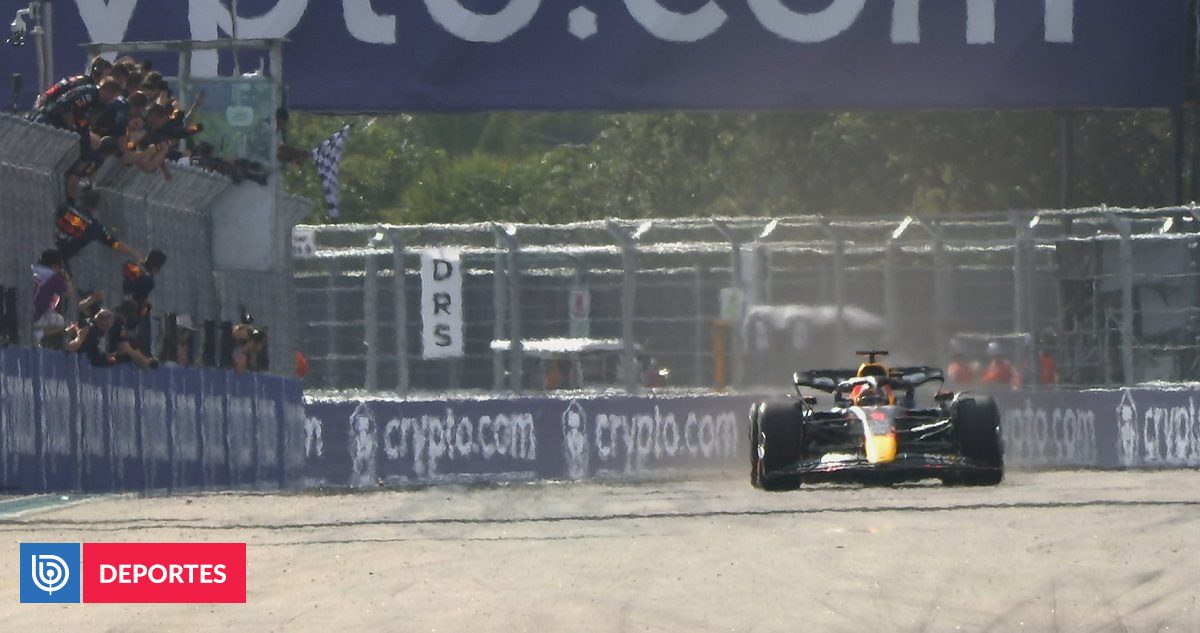 The unprecedented Formula 1 Miami Grand Prix recorded yet another chapter in Red Bull’s ‘war’ with Ferrari: this time Verstappen beat Leclerc and was crowned champion.

He was the fastest in Miami. the dutch pilot Max Verstappenfrom Red Bull, won the unprecedented Grand Prix of the formula 1 After winning an exciting battle against Charles Leclercfrom Ferrari.

The Dutchman, the last world champion, won the fifth Formula One World race, which was held on the circuit built around the Hard Rock Stadium in the aforementioned Florida town.

Thus, Verstappen cut the advantage with the leader of the season, the Monegasque Leclerc, who finished second.

Verstappen, 24, achieved his twenty-third victory in F1, the third of the year -in the three tests he finished-; in a race that the Spanish Carlos Sainz (Ferrari) finished third; signing his ninth podium in the premier class, the third of the season: finishing just ahead of Mexican Sergio Pérez (Red Bull), fourth this Sunday in Miami.

With his victory this Sunday, in which he set the fastest lap, Verstappen is placed 19 points from the 104 with which Leclerc leadswhich will lead the next race, the Spanish Grand Prix, which will be held on May 22 at the Montmeló circuit in Barcelona.

‘Checo’ is third in the World Cup, with 66 points, seven more than Russell and thirteen ahead of Sainz, who is still in fifth place in the tournament, now with 53 points.

Ncuti Gatwa Is the New Doctor on ‘Doctor Who’

Sainte Devote: Charlene from Monaco reappears smiling and relaxed in her second public act in a week | People