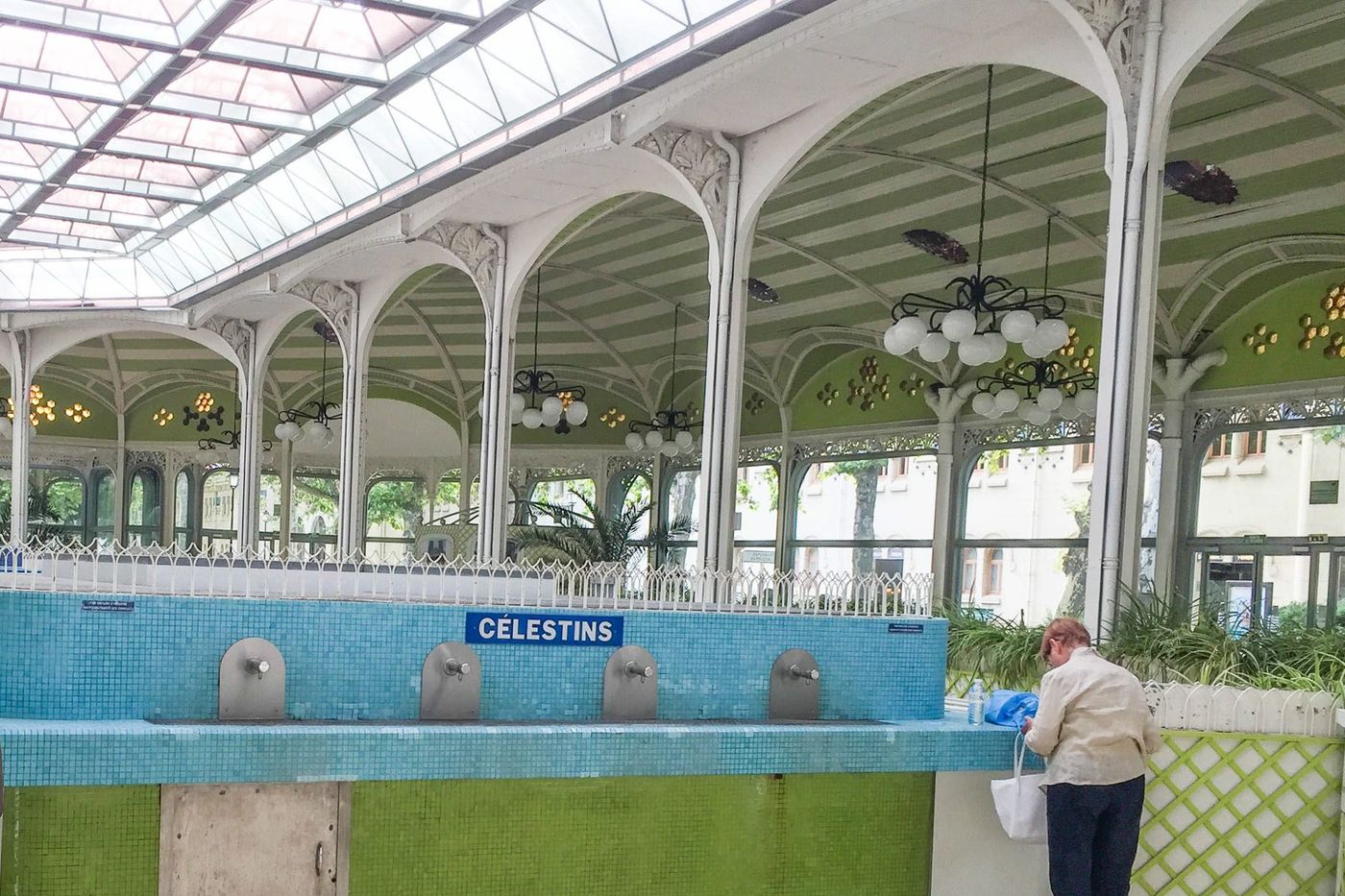 The Heritage Committee recognized the universal value of these cities which although “Different… have developed around mineral water sources, which have been the catalyst for a model of spatial organization dedicated to curative, therapeutic, recreational and social functions”.

Those “Waters” have given these cities their cachet, by combining therapeutic activities with leisure activities, in an environment made up of urban parks and walks popular with spa guests, but also theaters and concert halls, for example.

They presented “An important exchange of innovative ideas which have influenced the development of medicine, balneotherapy and leisure activities.

A museum space in Vichy

The city of Vichy had prepared for this prestigious inscription with a project to restore its Parc des Sources and renovate its surroundings, as well as the programming of a museum space in one of its former large thermal establishments. For its image, also associated with such a dark period in French history, this recognition would be welcome, as tourism hopes to be reborn after the long months of the health crisis.

→ READ. Can a site be removed from the UNESCO World Heritage List?

“The large spa towns of Europe constitute an exceptional testimony to the European thermal phenomenon, which has its roots in Antiquity, but which reached its peak between around 1700 and the 1930s”, underlines the draft Declaration of Universal Value, adopted on Saturday, during a live broadcast session.