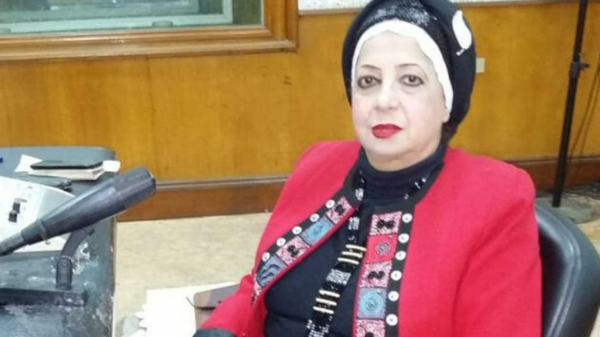 The National Media Authority in Egypt announced the opening of an urgent investigation into the incident of a radio director’s assault on a female anchor.

The announcer documented the incident that took place in the corridors of the radio station with a video and posted it on social media.

The authority said that a video spread on the communication sites showing that a female presenter on Central Delta Radio of the Regional Broadcasting Network was insulted, assaulted and beaten by her executive director on the same radio.

In turn, the head of the authority instructed the radio head, Muhammad Nawar, to conduct an urgent investigation to find out the circumstances of the incident and inform him of the outcome of the investigation and the action against the culprit.

Activists circulated a video clip on the communication sites showing that the presenter on the Egyptian radio, Amani Al-Sabah, was insulted and beaten by the director of the Central Delta Radio Department, Hani Mohamed Amasha.

She asked for her rights, so he beat her

The attack on the announcer came after she demanded her rights, and the payment of their financial dues was delayed, as there was a verbal altercation that developed into a beating and dragging by her manager.

The announcer announced that she had injuries to the face and foot, stressing her total rejection of any attempts at reconciliation and concession.

Covid 19 Symptoms: What are the new symptoms of Kovid?