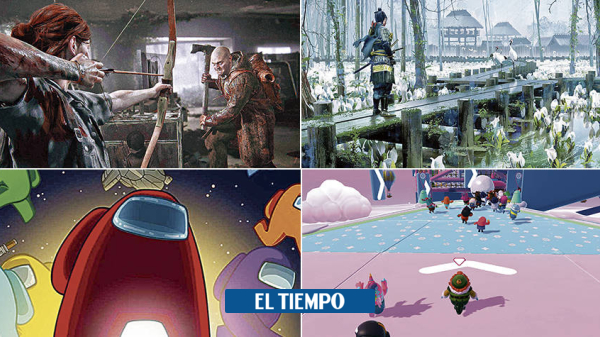 The global video game market moves, according to the Newzoo Global Games Market, more than 150,000 million dollars a year. And even in the midst of an atypical situation like the one the world experienced due to the coronavirus crisis, the video game sector managed to grow, and a lot!

This year was packed with releases, not just in the world of triple A games, with stories worthy of an Oscar or impressive graphics that make us think that every day we are closer to simulations through our consoles or computers, but also to casual games that captivated millions of players around the world.

2020, moreover, was the year in which the new consoles arrived. Both Xbox (with its Xbox Series X and Series S) and Sony (with its new PlayStation 5) showed their cards for this eighth generation of consoles, which pave the way for increasingly realistic games. These were the four video games that marked this year.

After the release of the second part of The Last of Us, the incredibly successful series developed by Naughty Dogs, directed by Neil Druckmann and Bruce Straley, the negative reviews came surprisingly within hours of its departure. However, the response from the critical portals was very good, with a 93 score. In EL TIEMPO we were able to test this sequel and our impression was that it is not a title for everyone.

It is a game full of drama, action and adventure, with a less linear touch than the first. It is interesting how from the game they created a certain empathy with each of the characters with whom we can play, and also the way they make the player understand that there is no really good person or really bad person.
The Last of Us: Part 2 was chosen at The Game Awards as the best game of the year and it achieved 4 million copies sold in the first opening weekend.

It all begins with a war between the Japanese samurai and the powerful Mongol army, which deployed all its might to conquer, initially, the island of Tsushima and, later, all the islands that make up Japan. Jin Sakai is the central character of the story, he is a young samurai warrior who wants to free his people from the yoke of the Mongols and regain the honor of his family. This game arrived in late 2020 to surprise millions of players.

The Japanese theme is very well used and has an interesting open world. In addition, Sakai generates great empathy and all the events within Tsushima made us feel part of the history and understand the reason for all the decisions made by this samurai who was in search of his future.

With very well done and fun fighting dynamics, and with a more than complete skill tree, the game experience is very rewarding.

Among Us was born as a casual game developed by InnerSloth in 2018, but in the middle of the quarantine it found its highest point. It is a multiplatform game in which a group of maximum 12 players is in a spaceship and must discover two impostors who are annihilating the rest while developing tests and missions. This game integrates a space in which players must talk, discuss and meet to discover the impostors, while they deceive their other teammates to make them believe they are not and seek a way to make them believe that someone else is the killer.

(You may be interested in: Watch Dogs: Legion, a game to enjoy the new consoles)

It is an online video game in which 60 people are connected simultaneously and in which television test contests are emulated. In its first 24 hours of life, Fall Guys surpassed one and a half million players. And in less than a month it had already sold seven million copies. This was Steam’s most successful launch since Overwatch (which came out in 2016), and it netted its creators $ 185 million during August alone, according to SuperData figures. The in-game shopping system and customization options kept the audience active.

What will the mutation of the Covid-19 virus change?

Gamers Discover New Dreamcast Game Based On The Simpsons