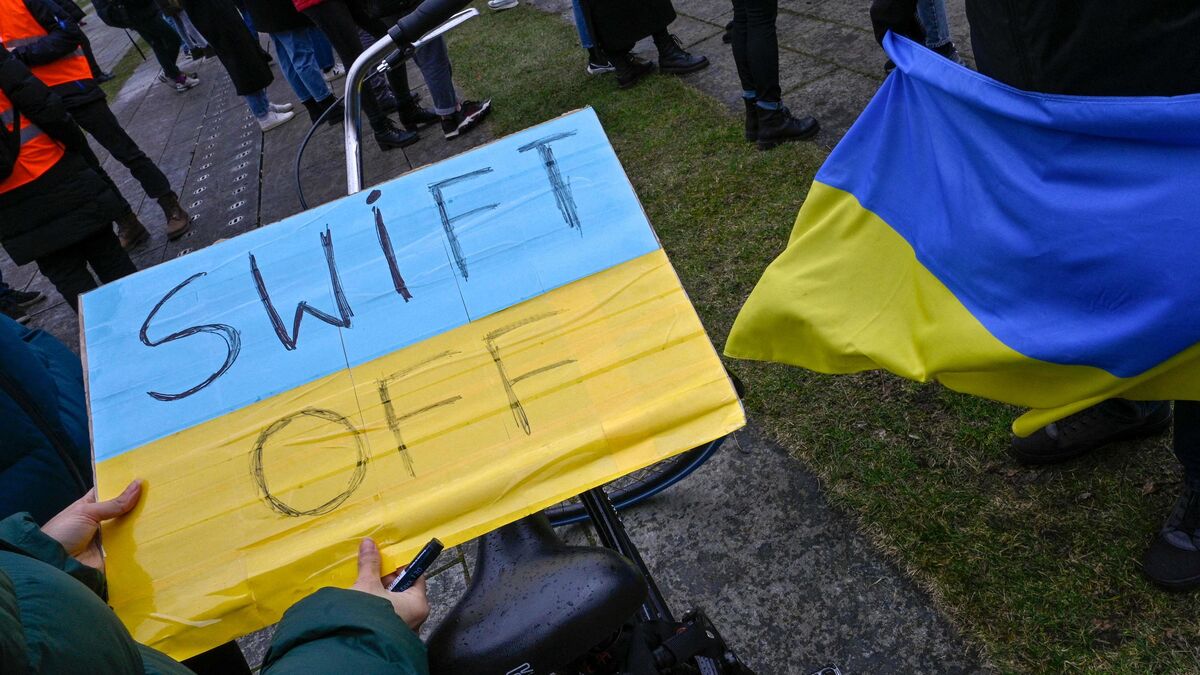 Western countries have adopted a new set of sanctions against Moscow after the invasion of Ukraine, in particular by deciding to exclude many Russian banks from the Swift interbank platform, an essential cog in global finance, announced the European Union. . Like the French decisions, the EU is upping its game.

Are concerned “all the Russian banks already sanctioned by the international community, as well as if necessary that other institutes”, specified the spokesman of the German government, whose country currently chairs the G7 forum. These measures have been taken by the United States, France, Germany, Great Britain, Canada, Italy and the European Commission in a press release.

“First, we are committed to ensuring that certain Russian banks are removed from the SWIFT messaging system. These banks will thus be disconnected from the international financial system and their ability to operate on a global scale will be compromised. “Secondly, we undertake to impose restrictive measures which will prevent the Russian Central Bank from deploying its international reserves in such a way as to compromise the impact of our sanctions”, continue the European leaders.

“Third, we pledge to take action against individuals and entities who facilitate the war in Ukraine and the nefarious activities of the Russian government. Specifically, we are committed to taking steps to limit the sale of citizenship – known as a golden passport – which allows wealthy Russians linked to the Russian government to become citizens of our countries and gain access to our financial systems. the press release.

EU countries have pledged to apply sanctions and other financial and coercive measures against other Russian officials and elites close to the Russian government, as well as against their families and those who support them, in order to identify and freeze the assets they hold in European jurisdictions.

“Paralysing” the assets of the Russian Central Bank

Brussels will also propose to EU countries to “paralyze the assets of the Russian Central Bank” in order to prevent Moscow from using them to finance the conflict in Ukraine, announced the President of the European Commission, Ursula von der Leyen.

“It will freeze its financial transactions from (the Central Bank) and make it impossible to liquidate its assets,” she explained in a video address after a meeting with the leaders of the United States, France, Germany and Italy.

Russia is now “a global economic and financial pariah”