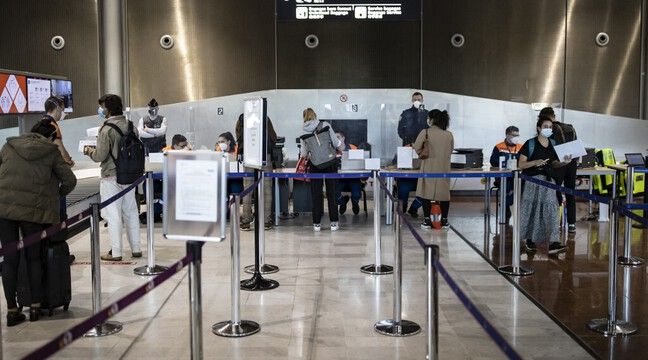 It is a first step towards the resumption of tourism. The United States has relaxed its warning to travelers wishing to travel to several countries including France, Germany, Canada but also Japan one and a half months before the Olympic Games, citing a change in the consideration of the related risk at Covid-19.

These countries, as well as many others, which were hit by the maximum level 4 warning (“do not go there”) due to the health crisis, are reduced to level 3 (“avoid going there”). make it if possible ”), according to the American diplomacy website, which is due to publish the full list of these new warnings soon.

An official from the US State Department explained the relaxations by a “methodological change” in the analysis of the health risk for travelers carried out by the Centers for Disease Prevention and Control (CDC).

Breton wants a principle of “reciprocity”

Many countries, including France and Germany as well as Japan, had been classified at level 4 in recent weeks to harmonize the travel advisories of the State Department with those of the CDC.

This easing comes at a time when the European Union has decided to allow entry to American travelers vaccinated against Covid, but asks for reciprocity in the United States, which still prohibits the arrival of non-Americans and non-residents from of the Schengen Zone.

Prior to US President Joe Biden’s visit to Europe for the G7 summit and a meeting with EU leaders, the White House was challenged on this issue. “It’s a process guided by science and public health decisions,” Presidential National Security Advisor Jake Sullivan said Monday. “It is up to public health professionals within the US administration to make this decision” on a possible reopening of the border, he added.