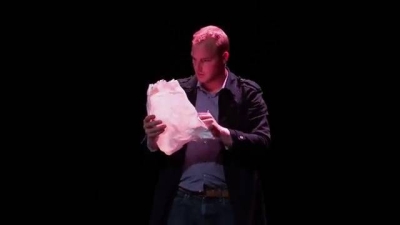 Al-Marsad Newspaper – Agencies: Belgian Laurent Peron turned a simple paper in the form of a small ball into a lively and naughty character, moving, jumping, dancing and hiding, an art he learned on the street.

And Peron managed with this kind of magic to be crowned at the end of last July in the Canadian province of Quebec, the world champion in magic.

On July 30, Perón led the way over a hundred magicians he competed with in the Triennial World Championships, as the creator of the eight-minute Paper Ball won first prize in the General Magic category and the grand prize.

“A lot of old magicians came to meet me after my show and told me that they went back to childhood and forgot the techniques. That’s what we wanted with this paper ball. We don’t care about special effects, because The goal is magical feelings.”

On his return to Belgium, he found on his phone a congratulatory message from American magician David Copperfield, who had passed through the Wall of China and made the Statue of Liberty disappear.

“Big Tu” urges the Defense Council to get the answer