Al-Marsad newspaper: Cristiano Ronaldo, the captain of the Portugal national team, suffered a bloody injury to his nose after a joint air ball with the goalkeeper of the Czech national team in the European Nations League.

The Manchester United star received treatment and completed the match, which ended with his country’s 4-0 victory, placing Portugal at the top of Group B of the first level in the European Nations League.

Portugal raised its score to 10 points in first place, while Spain’s balance froze at 8 points to fall to second place. 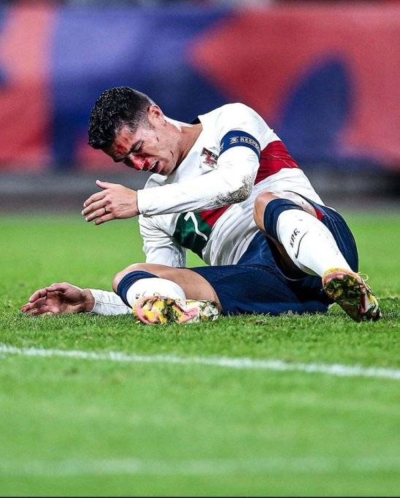