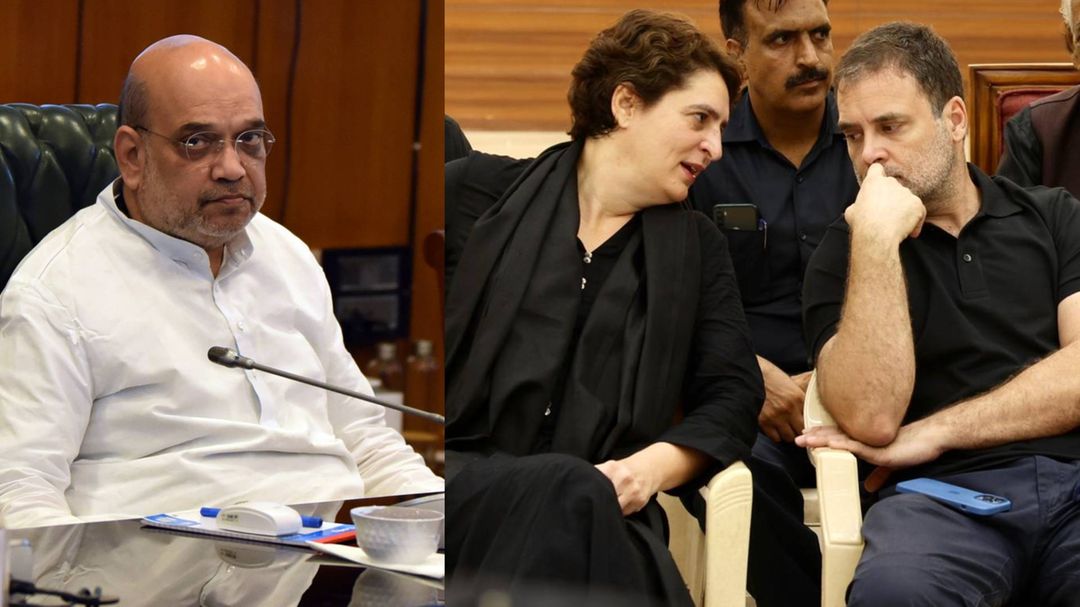 New Delhi: Rising prices of essential commodities, unemployment, GST. Home Minister Amit Shah criticized the protest organized by the Congress in Delhi against Amit Shah’s criticism was linked to the Ram temple in Ayodhya. Amit Shah alleged that the strike was decided on the anniversary of the laying of the foundation stone of the Ram temple because the Congress was opposing the Ram temple.

Congress is sending a clear message by choosing to protest on this day and by wearing black clothes. This protest shows the appeasement politics of the Congress. Because Prime Minister Narendra Modi laid the foundation stone for the construction of Ram Temple on this day, said Amit Shah.

Amit Shah also mocked that the Enforcement Directorate has not issued any new notice to the Gandhi family in the National Herald case. He added that the law applies to everyone in the country. On August 5, 2020, Prime Minister Narendra Modi laid the foundation stone for the construction of the Ram Temple in Ayodhya.

Commodity price hike, unemployment, GST During the protest organized by the Congress in Delhi, former Congress president Rahul Gandhi, AICC The leaders including General Secretary Priyanka Gandhi were taken into custody by the Delhi Police. The Congress had called for a blockade of the Prime Minister’s residence and a Rashtrapati Bhavan march, but the Delhi Police did not give permission for this. Then a protest was organized in front of the Parliament. The Congress was protesting by wearing black clothes.