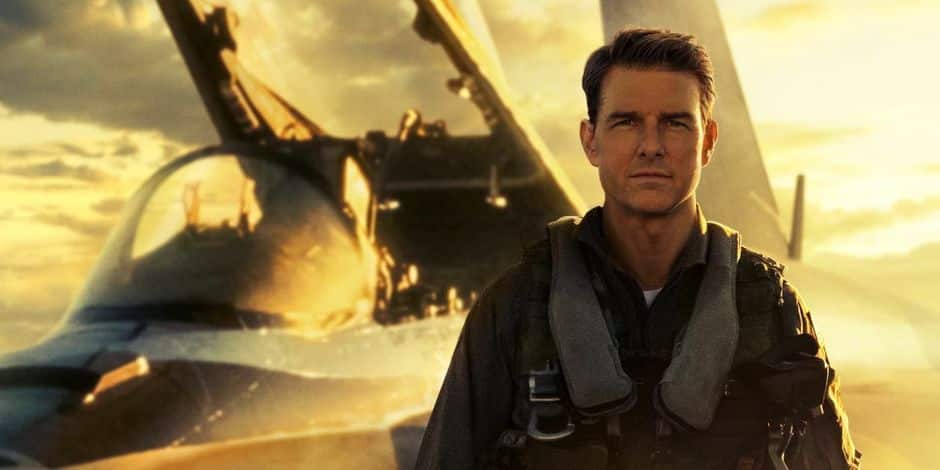 Thirty-six years after the film that aroused the most vocations for the American Air Force, Tom Cruise adds a new record to his credit: that of the longest-awaited sequel of all time. Not the cheapest either: $152 million, excluding promotional costs. And that, without the help of the original director of Top Gun, Tony Scott, who died ten years ago. That is to say if the pressure on his shoulders was easily equivalent to Mach 10. But we know that with him, no mission is impossible. And he demonstrates it once again with a high-flying demonstration.

Cleverly, Joseph Kosinski (who already held the record for the most spaced out suite with Tron: Legacy) did not seek to change a winning formula but was content to modernize it, without neglecting nostalgia. The opening credits, on an aircraft carrier to the sound of frenzied rock, will also bring back memories to moviegoers of 1986. Just like the music, the excerpts from the first film with Meg Ryan and Anthony Edwards or the moving cameo /sad Val Kilmer as Admiral Tom Iceman Kazansky.

But the essential lies elsewhere. The opening sequence, in a stealth plane, sets the tone: the objective is clearly to impress, by alternating the (real) pilots of Captain Pete Maverick Mitchell (Tom Cruise) and the mind-blowing aerial scenes filmed from other jets, while slipping in a few dashes of humor from time to time. And to make matters worse, Maverick, who has always turned down promotions so he can keep flying, finds himself forced to return to Top Gun Academy not to achieve new feats there, but to train the cream of the crop in view of an extremely risky attack on a future nuclear site of a superiorly equipped “rogue state”. Three weeks is all the time he has to teach all his tricks to young recruits who are absolutely not ready. And not necessarily willing to listen to this grandpa whose feats of arms date back to another century. Maverick will first have to teach them a lesson in the air, even if it means taking enormous liberties with the rules, before leading them to exceed their limits in conditions defying understanding.

History of respecting the framework of the first Top Gunthe writers spice it all up with team building (American football on the beach with… two balls), a romance (Jennifer Connelly takes the place of Kelly McGillis), a conflict between the son of the former Maverick winger and a very pretentious gifted and, above all, a multitude of training scenes shot while giving the impression of being Tom Cruise in the cockpit.

Top Gun : Maverick brings everything you expect from a Hollywood blockbuster: maximum action, a dazzling show, a hellish pace, a real feeling of speed and fun. No need to have studied in Hollywood to predict the course of the story and its twists, but it’s so effective that we ignore this lack of originality (with even borrowings from the saga Star Wars) to let yourself be carried away in the clouds at a supersonic pace and fully enjoy the entertainment. Only problem: it will be necessary to wait until May 25 to get laid.

【Yahoo x Sports World NBA Watch Party】Saturday 10:00am Grizzlies Miracle Legion is out again and the Warriors are looking for a turnaround at home

Transfers: Antoine Griezmann may not be retained by Atlético Madrid for the 2022-23 season