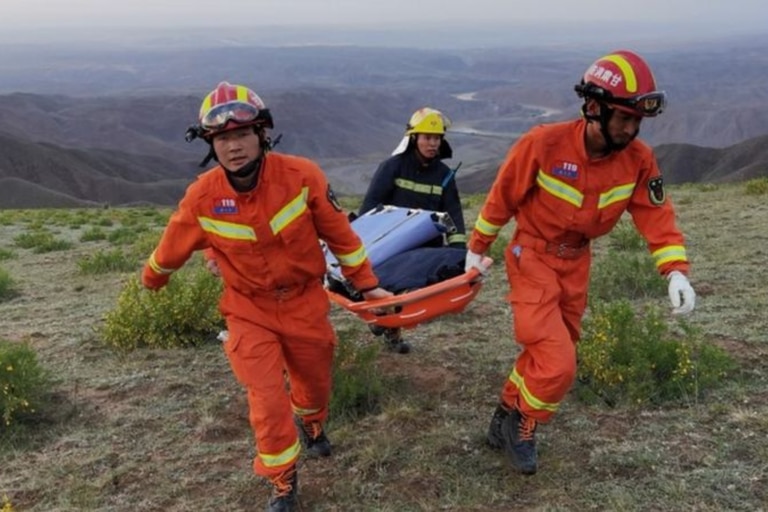 A ultramarathon that ended in tragedy. The participants of a 100 kilometer run organized in China had been informed that there would be wind and rain, but nothing as extreme as what they experienced.

The race was stopped when some of the 172 participants disappeared, which led to a large rescue operation. The Gansu province government was harshly criticized for lack of planning.

The race started at 09:00 local time on Saturday in Gansu, North China. About three hours after the competition started, the section in a mountainous part was hit by hail, heavy rain and gales, causing temperatures to drop rapidly, according to officials from the nearby city of Baiyin.

Many of the runners were caught in bad weather and suffered hypothermia and missed due to poor visibility. The corridor Zhang Xiaotao, who was in the peloton that led the race, reported on the social network Weibo: “I hit SOS on my GPS tracker and then passed out.”

“I was unconscious on the mountain for about two and a half hours until a shepherd passed by and took me to a cave. He started a fire and wrapped me in a blanket. And after an hour or so, I woke up (…) I am very grateful to the person who saved me, because without him, I would still be lying there, “he added, according to the agency. Reuters.

An unidentified broker, quoted by the news service The Cover, described that the storm felt like “bullets in the face.” In one section of the mountain, the terrain offered few places for shelter. The rain really hurt and the winds were so strong you could only squint, ”he said.

The authorities they started an operation mass search, with more than 1,200 rescuers assisted by drones with thermal sensors, according to state media. But the efforts were in vain for at least 21 runners who were pronounced dead.

Liang Jing, affectionately called “God Liang” or “General Liang”, was among the deceased. According to photographs taken at the start of the race, the runner He was only wearing shorts, a thin jacket, and a cap.

By the time rescuers found him, he was no longer showing vital signs. Huang Guanjun, 34, was known for winning the hearing impaired men’s marathon at the 2019 China National Paralympic Games. “He is deaf and cannot speak, couldn’t even ask for help“Said a friend, according to The Cover.

The incident sparked public outrage on Chinese social media, mainly against the Baiyin government for the lack of career planning. “As organizers of the event, we are filled with guilt and regret. We express our deepest condolences to the families of the victims and the injured, ”the mayor said at a press conference on Sunday. Zhang Xuchen.

Runner Zhang joined the criticism: “The organizer I should have had people on duty in the hard section of the route, or to have deployed more lifeguards. They should also have established mandatory standards for runners to wear outdoor jackets. “, he expressed.