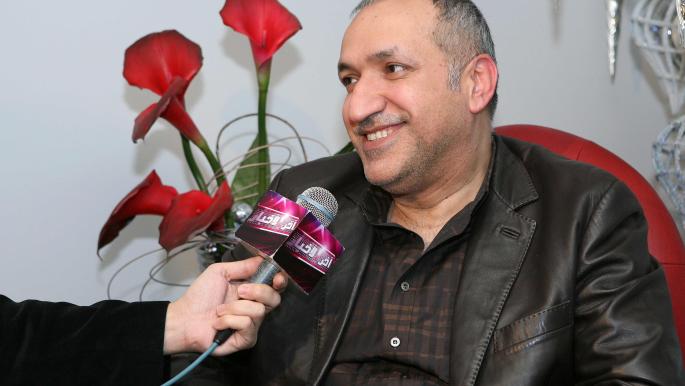 Salem Al Hindi spent more than a quarter of a century in the Saudi company (Rotana).

The Saudi singer asked Rabeh Saqr, He tweeted about the “nationality” of Rotana: “Is it Saudi or Lebanese?” but Indian Salemthe director of “Rotana Audio”, responded directly, asserting that “the company is a Saudi Arab whose board of directors is chaired by Prince Al-Waleed bin Talal, headquartered in the capital Riyadh, and has several branches in the Arab world, and includes elite artists of the Arab world, headed by them. Arab artist Mohammed Abdo.
The story/tweet could turn into a veiled “marketing” between Rabeh Saqr and Rotana to provoke controversy, and further promote his new album, “Sort of a Human”. However, this does not hide the reactions against Al-Hindi, which assert that his response to Saqr is in the category of attack, and that he (i.e. Al-Hindi) is not Saudi; Why is he talking about a Saudi company? Some saw that the Indian handover of Rotana’s management is what gets it into this kind of problem.
Salem Al-Hindi’s career cannot be separated from the history of Rotana. The man gave him the Kuwaiti singer Abdullah Al-Ruwaished his full confidence, after the Indian took over the management of his business, which reinforced his success in the “exam” in front of Prince Alwaleed bin Talal, When he started establishing his music company “Rotana” in the early nineties.
Al-Hindi was officially approved as director of Rotana in 1995. At the beginning of the current century, he tried, on the authority of Prince Al-Waleed bin Talal, to control the Arab musical production.

In 2002, Salem Al-Hindi and his assistants in Beirut were able to pass the second “exam”, when he was assigned to gather all Arab singers in an artistic summit held in Sharm El-Sheikh, and lasted for two days, attended by all the singers in the Arab world, including the late artist Wadih Al-Safi, to By the most prominent stars of the singing scene at the time. This “technical summit” caused a shift in the course of Arab production, and the Lebanese and Egyptian production companies backed down, after Rotana bought the content of the artistic “Al-Khool” company. “Al-Khool” preceded Rotana by a few years, and acquired productions for Gulf singers like Ahlam. It also opened the door for Lebanese singers, so the companies paved the way for the artist Fadel Shaker, and produced his first albums, “Leila”, and the production of the “Relax Inn” company, owned by Mahmoud and Ahmed Moussa, declined, and the same happened with the “Music Master” company, which controlled the market. Lebanese production.

Rotana tried to enter the Egyptian market. Despite the strong opposition it received, the beginning of this century won the artist Amr Diab’s surrender to the company’s desire; The contract was signed in a lavish ceremony in Beirut, worth five million dollars, which was paid to Diab, with the blessing of the Egyptian producer Mohsen Jaber, whose productions also declined at the time.
All this shows the ability of the Saudi company to control the Arab production market. Even today, most singers are weak in front of the green label, and are striving to sign with it, despite the company’s decline in quality and musical options; After a quarter of a century, it turned into an executing producer, or an organizer of parties and events that take place in the Kingdom of Saudi Arabia and some Gulf countries, within a framework that is not free from imposing the names that the company wants, or intersect with its own interests, including the financial interest of course.

For more than 25 years, Salem Al-Hindi leads one of the largest Arab production companies, with the blessing of the founder of this company, Prince Al-Waleed bin Talal. Despite the passing of hundreds of directors to the company, contracts with many media and artistic institutions, and the affiliation of dozens of Arab artists to it, Salem Al-Hindi remained primarily in his position, despite the failures. And before he sits on a chair that he does not rule himself, rather he keeps it just a picture that has turned into a “cliché” that Prince Al-Waleed bin Talal used to end a contract, dispute or partnership, nothing but.