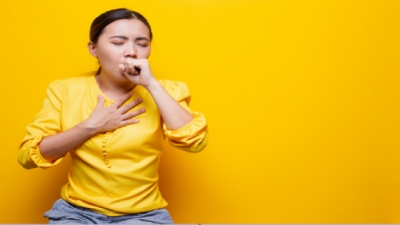 Al-Marsad newspaper: Although lung cancer does not usually show symptoms in the early stages of the disease, warning signs can be noticed as the condition progresses.

A cough can be a symptom of many other conditions, and therefore, it will be important to be able to distinguish between a normal cough and a cough that may be a symptom of lung cancer, according to the British newspaper (The Sun).

Attention should be paid to a cough that affects an individual and does not end after two or three weeks, which gets worse with time, because it may be a cause for concern, as well as coughing up blood.

The type of cough can vary based on the patient, but in some cases, a lung cancer cough may be accompanied by wheezing (wheezing breathing) or a rattle and hoarseness.

The severity of the cough cannot be judged by the sound it makes, so if it persists for a long time, you should make an appointment with your doctor.

Other symptoms of lung cancer include:

Aching or pain when breathing or coughing

• Constant tiredness or lack of energy