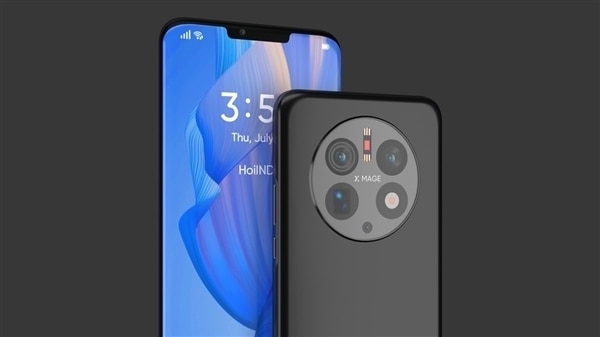 Recently, news about the Huawei Mate 50 series has gradually increased.The September release is basically a certainty, and it will face the iPhone 14 series released in the same period.According to the past, the flagship new products of Huawei and Apple will hardly be released in the same month, but is the accidental “crash” this year a coincidence?

Today, the digital blogger “The director of the factory is classmate Guan” revealed that,Huawei chose to postpone the release to September in order to confront Apple. Currently, Huawei is preparing for the recording of the Mate 50 series conference.And it’s huge.

The blogger pointed out that for the entire Mate 50 series, Huawei has given enough material this time,Apple has a 5G advantage, but the Mate 50 series also comes with a 5G phone case,No matter in terms of signal or other aspects, it does not lose to Apple. This year, Huawei will not only have hardware, but also face Apple in software.

Recently, three new Huawei phones have entered the network at the Ministry of Industry and Information Technology. Now,A new Huawei phone numbered DCO-AL00 has passed the national 3C quality certification and is expected to correspond to the Mate 50 standard version.

The authentication information is displayed,The Mate 50 Standard Edition supports wired fast charging up to 66W (10V/6A) and is compatible with 40W (10V/4A).

The previous generation of Mate 40 standard version supports up to 40W fast charging. Although this generation has improved significantly, it is obviously not too fast in today’s fast-charging arms race era.

Of course, there is also the Mate 50 Pro above, and the fast charging power is definitely faster.

It is worth mentioning that the Huawei Hongmeng OS 3 system, which was released not long ago, mainly focuses on the six aspects of HyperTerminal, Hongmeng Zhilian, Universal Card, smooth performance, privacy security and information accessibility.

At the Hongmeng OS 3 conference, the official did not specifically demonstrate the changes of new features on mobile phones, and this has become another highlight of the Huawei Mate 50 series conference.

It is understood that the Huawei Mate 50 series has been confirmed to launch three models, namely Mate 50, Mate 50 Pro, and Mate 50 RS. According to previous leaks, the Mate 50 series will be officially released on September 7. The processor in the specifications is the Snapdragon 8 4G version, equipped with the HarmonyOS 3 operating system, and only supports 4G. There is also a Mate 50E with a Snapdragon 778G 4G processor.